Gunnar Rudberg (1880-1954) was a Swedish professor of classical philology 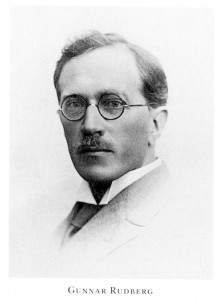 at the University of Kristiania. He is one of a number of writers who have identified ancient Syracuse in Sicily as the inspiration for Plato’s city of Atlantis[531]. His paper has been translated for the first time into English by Cecelia Murphy, the project being edited and funded by the German researcher Thorwald C. Franke[881]. The original was published in Swedish nearly a century ago in 1917.

Rudberg begins his work with a review and refutation of the more popular Atlantis theories of his day. As this paper was published less than 40 years after Donnelly’s seminal work, Atlantis: The Antediluvian World[021],  was written, much of the material will appear dated, particularly as many of today’s better known theories were still many years in the future.

Rudberg moves on to outline his own view that Plato, who had first-hand experience of Sicily, “when developing his portrayal of Atlantis, had the Dionysian’s Syracuse in mind” but added “I do not claim that this is an exhaustive explanation”.

In spite of the date of the original monograph, this English translation is a valuable addition, to the Atlantis literature of the early 20th century, in that language.

Franke has reported that the German magazine Focus, published an article on Rudberg’s views(a) in October 2013. >More recently, Franke’s book has been reviewed by Anna Afonasina, a lecturer in philosophy at Novosibirsk State University(b).<