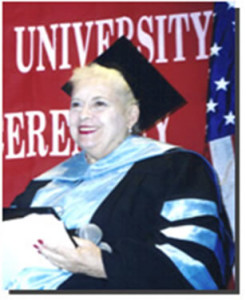 discovery she modestly described as ‘the greatest discovery in the history of the world’. Unfortunately, a student claimed that he had seen the press release two days before the alleged discovery. The Spanish authorities began an enquiry and Asher & Co headed for Ireland.

>Martin Ebon [286.90] relates how Asher planned to take along 200 students @ $1,995 and other interested parties @ $3,000 each. In the end, only 45 students took part, with a similar number of non-students. Asher also revealed that she used psychic vibrations to assist the expedition, claiming to be ‘very clairvoyant’ herself. However, in Spain, Asher clashed with both the civil authorities and academics and eventually had to flee the country.<

An interesting selection of pictures and newspaper clippings relating to this 1973 expedition to Cadiz was compiled by Corby James Waste and is available online(c).  I found that the press comments were often misleading if not conflicting.

Nevertheless, after this 1973 expedition to Spain in search of Atlantis, she has been frequently interviewed and quoted extensively, but in spite of a claimed forty visits to Spain, she has really added little to the Atlantis debate.

The Ancient Mediterranean Research Association (AMRA) seems to have been founded simply to promote the modest Atlantis related output of Dr Asher. A few years ago its website had the following odd headline:

What is that supposed to mean? What discovery? Why wait over 30 years?

In recent years Asher has moved into more esoteric circles when she co-authored a book[086] with her old pal, the late Ann Miller. She claims to possess psychic powers that enabled her to write in this tome about psychic energies, among other exotic subjects. As Asher’s own AMRA website, now closed, curiously stated “Together the two writers are a fountain of information about psychic subjects, since both seek to give validity to a field with half-truths”. Like many others, I suspect that Dr Asher is an expert in the field of half-truths. For those that wish to believe otherwise, it should be noted that Asher has promised that her definitive book on Atlantis was due in 2002, 2004 and 2007!

Asher’s credibility cannot be completely divorced from her academic activities. The American World University(a), based in Iowa City, whose president is one Maxine Asher, was forced to move to Rapid City, South Dakota and then to its present location in Mississippi after allegations that it was providing sub-standard degrees to mainly gullible foreign students. This whole sorry tale was told on the web pages of the Daily Iowan and the Sun Herald and the details are related on numerous websites(b).

In 2007, Asher began promoting a six-week course on Atlantis.  For $400 written material was sent each week, after which examinations were conducted on the Internet and a certificate granted not surprisingly, through the American World University International. Caveat emptor was definitely advised.