The Ten Lost Tribes of Israel is a reference to the ten of the twelve tribes deported from the Kingdom of Israel after its conquest by Assyria in 722 BC. It has been pointed out that the Hebrew Bible has relatively little to say on the matter.

In 1865, Brasseur de Bourbourg discovered some of Bishop Diego de Landa‘s lost documents. He studied the thoroughly flawed interpretation of Mayan hieroglyphics by de Landa, produced in the 16th century and proceeded to develop his own faulty translation.

Nigel Davies has revealed [1635]  that Brasseur, as well as Lord Kingsborough (1795-1829), concluded that the native Americans were the Ten Lost Tribes of Israel. Kingsborough spent a £40,000 fortune publishing The Antiquities of Mexico in nine huge volumes, an extravagance that landed him in a Dublin debtors’ prison for non-payment of bills relating to publication costs and sadly, he died there.

The variety of identifications put forward for some or all of these groups is quite remarkable, ranging from the reasonable to the ridiculous. At one end of that spectrum, the view “is that the “lost tribes of Israel” were never really lost. Many of the Jews who remained in the land after the Assyrian conquest re-united with Judah in the south (2 Chronicles 34:6–9). Assyria was later conquered by Babylon, who went on to invade the Southern Kingdom of Israel, deporting the two remaining tribes: Judah and Benjamin (2 Kings 25:21). Remnants of the northern tribes would have thus been part of the Babylonian deportations. Seventy years later, when King Cyrus allowed the Israelites to return to Israel (Ezra 1), many (from all twelve tribes) returned to Israel to rebuild their homeland.” (a)

At the other end is the entertaining idea that the Lost Tribes inhabit the interior of a Hollow Earth, which is defended by flying saucers!(b)

Another unexpected claim, with a tenuous Atlantis connection, comes from “Dierk Lange(a), Prof. Dr Emeritus, of Bayreuth University in Germany, who has performed extensive research concerning many West African groups and their origins in the Near East. In the abstract to one of his many essays, “Dierk Lange: Origin of the Yoruba and “The Lost Tribes of Israel”,” Dierk confirms the traditions of a Levantine (Israelite) origin of the Yoruba Nigerians.”(d)(e)

Nearly as extreme is the attempt to link the Lost Tribes and Atlantis, a combination that would not normally leap to mind. However, some have attempted to justify such a linkage in spite of the contradictions between Plato’s story and the details of this minority opinion.

This alleged relationship between Atlantis and Israel points out that the Biblical patriarch Jacob who had twelve sons, excluded two of them, Levi and Simeon. Jacob is then presented as having been Poseidon with the ten remaining sons ruling Atlantis. One of Jacob’s sons, Gad, is assumed to have been Gadeiros, one of the ten sons of Poseidon. After that, no further parallels are offered to connect Jacob’s other sons with the remainder of Poseidon’s offspring.

In Britain, “Richard Brothers (1757–1823), a retired naval officer and a radical Calvinist, revealed himself as a prophet of the lost tribes in 1794 in London. The fact that he was writing from the confinement of Fisher Mad-House, Islington, did not deter many from following him and producing the doctrine of Anglo-Israelism: a fiercely nationalist theology based on the idea that the British Isles were the home of the lost tribes.” (c)

Fabricius (1668-1736) was a prolific German scholar credited with writing 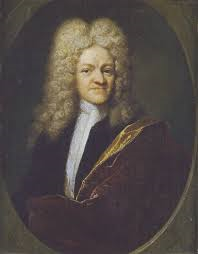 128 books, some of which can be read online(a).  He located Atlantis in the Holy Land, an idea popular with a number of writers of that period, such as Baër and Eurenius.