Dr Ulf Erlingsson is a Swedish geographer, geomorphologist and an expert in underwater mapping. In order to explain several puzzles regarding the Ice Age, he developed The Captured Ice Shelf Hypothesis. He was the chairman of the Geographic Society of 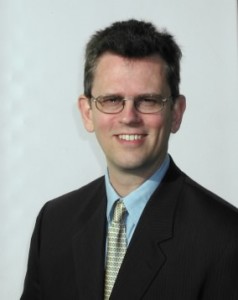 Uppsala, Sweden and in 1991 he received the Linnaeus Prize from the Royal Society of Sciences in Uppsala.

During the 1990s while studying the geography of the Baltic region, Erlingsson obtained a set of Soviet maps, which greatly assisted the building of the database he was engaged in. However, these maps, which had been bought openly in Riga, outlined plans for a Russian invasion of Sweden in the event of a war in Europe with NATO(b).

Erlingsson recently identified the empire of Atlantis with the megalithic cultures of Western Europe and North Africa and suggested its capital may have been located in Ireland. His book[319] is interesting and contains a number of original ideas. However, as an Irishman, I am not convinced that our remarkable monuments in the Boyne Valley are the remains of or related to Atlantis. I will discuss this further in my review of his book. Erlingsson sees Atlantis everywhere, for example, in a carving on a stone basin found in the Knowth passage tomb close to Newgrange.

Erlingsson has also suggested that the Irish authorities have deliberately made Newgrange inaccessible. This is total nonsense. As a frequent visitor to the site over many years, I have witnessed nothing but every effort being made to maximise the throughput of visitors into the very confined space within our most famous national monument. The carved basin (see image) discovered near Newgrange, is perceived by Erlingsson as a replica of Plato’s 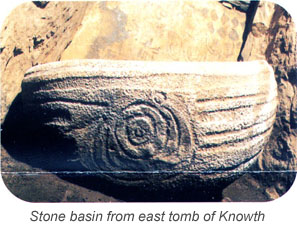 >Like all ancient monuments, the Boyne Valley cluster has generated its own collection of wild speculation, such as Freddy Silva’s claim that there is a connection between Knowth and Sacsayhuaman near Cuzco in Peru and who also hints at a possible link with Egypt’s Osirion(f)!<

Dr Patrick Wallace, the Director of the National Museum of Ireland, declared that he was unaware of any archaeological evidence to support Erlingsson’s claims.

Nevertheless, Erlingsson has produced some interesting material on the bursting of glacial lakes or what is known in Iceland as jökulhlaups and their possible effect on the ending of the last Ice Age(c).

In 2020, the unaccredited Keystone University in Dublin published two articles on the Ancient Origins website, which drew on the theories of Erlingsson and supported the idea of Atlantis in Ireland(d)(e).>The Keystone theory has been developed into a book[1775] by Anthony Woods.<