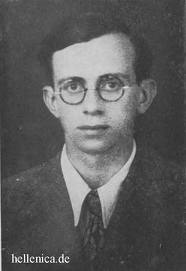 Nikoloas Platon (1909-1992) was born in Cephalonia, Greece and educated in Greece and France. From 1930 to 1935 he was Assistant  Curator of Antiquities for Crete and Curator of Antiquities in the Heraklion Museum fron 1939 to 1961.and Director of the Heraklion Museum. He carried out excavations at Zakros on Crete, where he discovered a Minoan palace. His 1971 report of the work at Zakros includes a chapter devoted to Atlantis. Platon (whose name is French for Plato) found himself compelled to recognise[511] many similarities between Minoan Crete and Plato’s Atlantis.