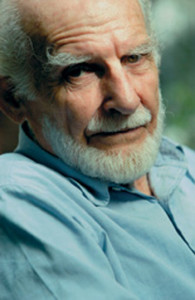 Tompkins also wrote Mysteries of the Mexican Pyramids as well as over a score of other books on various ‘fringe’ subjects as well as his wartime exploits. He was interested in the mystery of Atlantis and to that end, he went to the Bahamas to study the ‘Bimini Road’ but concluded that it was only beach rock.

A later interview with Tompkins son, Ptolemy, revealed that his “dad was convinced that the Edgar Cayce readings about the rising of Atlantis were correct. He spent thousands and thousands of dollars photographing the limestone formations off Bimini – the so-called “Bimini Road.” My father loved the idea of Atlantis returning because he wanted the world to become a kind of new Eden. He was a true father of the New Age in this sense – he had the core New Age belief that the world once was, and would be again a better place. But not better in some mundane sense, but in the sense of being elevated back into a spiritualised condition that it had fallen away from. That’s what the Bimini stuff was all about” (a). Apparently, Tompkins left Bimini unconvinced that it had Atlantean credentials.

Tompkins wrote the foreword to the English translation of Otto Muck’s book, The Secret of Atlantis [0098] and was impressed by Muck’s hypothesis of Atlantis in the Atlantic being destroyed by an asteroid and considered the work of Cesare Emiliani important in support of this contention.

>In the Preface to John Anthony West’s Serpent in the Sky [452], Tompkins wrote that “interestingly, West develops de Lubicz‘ notion that the Egyptian cosmology and understanding of this universe was not endemic to Egypt but came from colonists or refugees from Plato’s sunken continent of Atlantis, which could also explain the similarities and identities with the cosmologies of Central America, presumably brought there by other refugees from Atlantis”!<