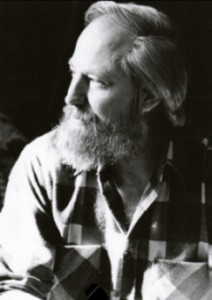 R. Cedric Leonard (1934- ) is from Oklahoma and has worked as an electronic technician, initially in the U.S. Navy and later in private industry, from which he retired in 1990. He has studied Comparative Religion, Sanskrit and Classical Greek and has a B.A. in Anthropology from the University of Oklahoma. He is also self-taught in Egyptian, Canaanite and Phoenician inscriptions. He has also speculated on the possibility of the Phoenician alphabet having its origins in Atlantis and possibility of a connection with the Glozel Tablets(c).

His Sanskrit studies led him to investigate stories of the vimanas or ancient Hindu flying machines. He has produced several books[130][131]and scientific papers on the subject of Atlantis and ancient India. He has also written on the existence of UFO’s in ancient Egypt(d), Mesopotamia(h) and the Bible[132], particularly the Book of Ezekiel(e). He has also produced a paper(f) about archaeological mysteries in general.

However, in his 1979 book, Quest for Atlantis[0130], Leonard has suggested that the Kings of Atlantis were human-alien hybrids and that humans are the result of alien genetic experiments!!

Although retired, he still maintains his very interesting Atlantis website(a), which covers a range of subjects including connections between Cro-Magnon Man and ancient Egypt with Atlantis. Unfortunately, his website has now (2019) gone offline.

He locates Atlantis along The Mid-Atlantic Ridge and offers geological, mythological, linguistic and paleontological evidence to support this idea and for its destruction following worldwide catastrophes around 10000 BC. He has also written a paper(g) on the asteroid/comet impact around the same time, which created the Carolina Bays and its possible connection with the destruction of Atlantis. This encounter was brought to the notice of a wide audience by Richard Firestone and his colleagues by their book, The Cycle of Cosmic Catastrophes[0110].

Leonard himself recognises that his belief in prehistoric flying machines may lead some readers to dismiss his carefully thought out theory on Atlantis, but he is adamant that both existed. Nevertheless, it is fair to say that Leonard is one of the few writers on the subject who has produced original material to support the idea of Atlantis’ existence.

Some of Leonard’s work can be found plagiarised on the Internet, most blatantly by the artist, Charles Alexander Moffat(b).

> (b)Atlantis Forgotten – The Search for Atlantis and Eden – The Religion eZine (archive.org)<