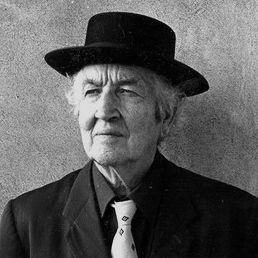 Robert von Ranke Graves (1895-1985), the renowned poet and mythologist, placed Atlantis[342] in the region of modern Tunisia and Libya. He first did this in a 1953 article(c) that followed the writings of Diodorus Siculus. He firmly believed that the salts marshes of North Africa were the remnants of Lake Tritonis where Atlantis had existed prior to a destructive catastrophe that led to the dispersal of its survivors in various directions. However, Jean Deruelle[278] claims that Graves was the first, if briefly(b),to suggest the Dogger Bank as the location of Atlantis.*It seems that he quickly abandoned this idea on the grounds of distance(d).*

Further confusion is added by an entry in Wikipedia that claims(a) that Graves argued that Atlantis was the Island of Pharos off the western coast of the Nile Delta, that is, before Alexander the Great connected the island to mainland Egypt by building a causeway.

In The Greek Myths, Graves considered the likelihood that the Atlantis story was comprised of a number of components from different legends. It may be relevant to include Graves’ definition of myths, which was “whatever religious or heroic legends are so foreign to a student’s experience that he cannot believe them to be true.”