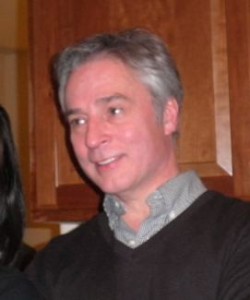 Melville Nicholls is a senior research scientist at the University of Colorado where he studies atmospheric science, mainly relating to hurricanes. In May 2013 he published Children of the Sea God[944] as a Kindle ebook. One of his main contentions is that Atlantis existed  during the early Bronze Age at the time of the Bell Beaker culture. He also contends that Britain was the large island of Atlantis described by Plato. However he also proposes that the main port city of Atlantis, with the concentric rings of land and water was situated in southwest Spain near Gibraltar. He proposes that this port was destroyed by an event such as a tsunami.