Robert Stieglitz is Professor Emeritus of Ancient Mediterranean Civilisations at Rutgers University. He is 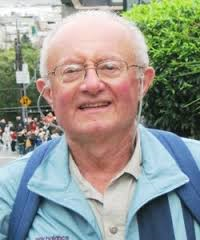 a specialist in ancient seafaring. He contends that the Sea Peoples included the Philistines(a).

He appeared on the BBC documentary, Helike – The Real Atlantis and while he is obviously an Atlantis sceptic, when pressed he responded that since “Helike was the only city to disappear without a trace in one night, so if there’s a grain of truth at all to the story of Atlantis it’s the disappearance of Helike which inspired in Plato to write the myth of Atlantis.”(b) He subsequently developed this idea into a lecture(c).