Dennis Brooks is a U.S. Army retiree now living in Hawaii, who has produced a number of works[201][202] on the Atlantis mystery. The first is more a booklet, which designates Tampa, Florida as the location 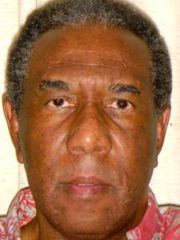 Brooks attempts to spice up his more recent ‘pot-boiler’ with the suggestion that the treasure of Atlantis is to be found on Oak Island(a), off Nova Scotia, a hunting ground of treasure hunters for the past two hundred years. The Oak Island mystery and the suggested link with treasure from Atlantis is dealt with in greater detail in Atlantis and the Oak Island Treasure[0964],  an ebook by  Benson, Howard and Tyson.

2012 saw the publication of Atlantis:Ten Tribes of the Americas[953] in which Brooks expanded further on his theory. While there is no doubt that pre-Columbian America was home to many sophisticated societies, Brooks fails to demonstrate that any of them were Plato’s Atlantis.

His latest offering is Atlantis, Pyramids Floods[0996] in which endeavours to link Noah’s Flood with water damage to the Giza pyramids and the destruction of Atlantis. Jason Colavito has also published a useful critique of Brook’s book(c). One of Brook’s many incorrect claims in this slim volume is that Plato told us that Egypt was the oldest colony of Atlantis! This Kindle book is also relatively short, being equivalent to just over 90 pages. More recently, Brooks returned to the question of the Deluge in a short paper on the Ancient Origins website(d), which contains his usual quota of misinformation.

Brooks sent me a copy of his book, but when I subsequently challenged him on just two errors in his offering, he did not address my specific objections, but offered the following ‘excuses’ – “There are no credible sources when it comes to Atlantis. Therefore, all we have are speculation, dubious sources and assumptions. I see that you take this subject seriously, to me it is only a hobby”.

I would advise Mr Brooks to take up a new hobby.

>(e) Atlantis has been found and explained! | Ancient Origins (ancient-origins.net)<