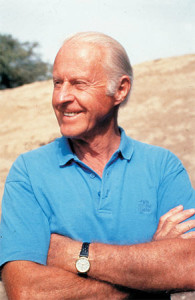 Thor Heyerdahl (1914-2002)was not an advocate for any particular theory regarding Atlantis, except to state[387] that in his view Plato’s text was more supportive of an Atlantic location rather than a Mediterranean one. However, in the same book, Early Man and the Ocean, he lists 53 cultural similarities between civilisations in Mesoamerica and those in the eastern Mediterranean. He did so in order to advance his belief in a diffusionist approach to the study of cultural development. His observations were not the first as parallels between cultures of both sides of the Atlantic were noted as soon as the Spanish invasion of America took place. Years earlier, Ignatius Donnelly, in the first attempt[021] at a more scientific approach to the Atlantis question, drew up similar lists.

The existence of similarities between societies on the two landmasses is unquestionable; that there were ancient contacts between the two is more than probable, but it is not logical to view it as conclusive evidence of a mid-Atlantic location for Atlantis.

Many of Heyerdahl’s ideas came under attack, as outlined in a 2002 Smithsonian article(a).