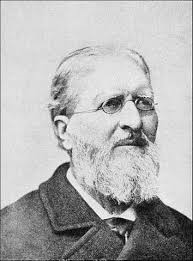 Gabriel de Mortillet (1821-1898) was a French anthropologist, so it was probably inevitable that his interest in prehistory led to a comment on Atlantis, which he duly did in a paper in the reports of the Anthropological Society of Paris in 1897, in which he discussed Atlantis in the context of Atlantic landbridges. He totally discounted the Azores as the remains of an inhabited continent in the distant past. The original text[1338] as well as a rather poor English machine translation of de Mortillet’s paper is available online(a).