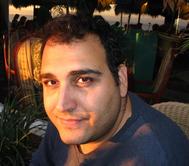 The site is well presented but unfortunately, it has not been updated since April 2011 until it was resuscitated in late 2013, but due to family illness had to go offline again. In late 2015, he announced that he will be resuming his posting in the near future. However, this did not come to pass and he finally closed down his website, which was a distinct loss to students of Atlantology.

Pavlou has also written an interesting, if somewhat convoluted, paper(a) on Manetho’s Egyptian King List compared with Conventional Egyptian Chronology and is its relevance to the dating of Atlantis. This forensic study led him to conclude that Plato’s 9,000 years were, in reality, only 3,942 years, placing the time of Atlantis somewhere in or around 4532 BC.

Although Pavlou has closed his Atlantipedia.com website, his interest in Atlantis has not diminished. He is due to appear in a new documentary series about Atlantis, fronted by Morgan Freeman, in June 2021(c), which promises ‘new evidence’. Various ancient sites will be investigated, including Pavlou’s yet-to-be-revealed location, as well as his somewhat controversial dating claims. However, shortly before the broadcast date, the series was unexpectedly delayed until late July. Jason Colavito informs us(d) that “Discovery pulled all references to the program from its website, and Freeman’s Revelations Entertainment does not list the show among its projects..“ Speculation has also suggested that the cancellation may be a consequence of the recent merger of Discovery and Warner Bros!

>Colavito has revealed that Hunting Atlantis had been cancelled because it “generated controversy online after critics (Colavito included) pointed out that the Atlantis myth has long been used in support of colonialist, imperialist, and racist narrative, including the Spanish conquest of the Americas, the Anglo-American expansionist colonialism the Age of Empires, and Nazi searchers for the Aryan homeland” and “But the optics of glorifying a narrative long used to support white supremacy also didn’t look great the same week that competing channels were honoring the victims of the 1921 Tulsa Race Massacre.”(e)

Thorwald C. Franke quickly pointed out how historically incorrect Colavito’s comments are. Plato has not been used as a support for racism, but, not mentioned by Colavito, is the fact that the Bible has given more succour to racism than any other document. Does Colavito call for the closing of churches?

Am I now to be labelled racist because I write or broadcast matters relating to Atlantis? I’m surprised that Discovery allowed themselves to be bullied by Colavito & Co and ignored the provisions of their nation’s First Constitutional Amendment.<

Pavlou is the author of Decipher, a bestselling speculative novel[316] centred on the tale of Atlantis and is also well-known as a screenwriter (e.g. 51st State).