Albert Slosman (1925-1981), was a French professor of mathematics and an expert in computer science, having helped 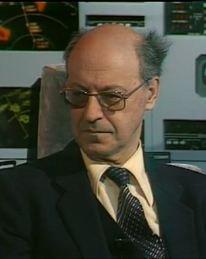 NASA with some of their programs. As a member of the French Resistance, he was captured and tortured by the Gestapo. Ironically, after the Liberation of France, he was unjustly accused of desertion and deported to Cameroon. While there, he heard of a local myth that told of a great cataclysm with which God had punished the wickedness of man and almost completely inundated a large continent in the Atlantic, where we now have Fernando Poo (Macias Nguema Biyogo). Afterwards Slosman travelled to Egypt and while there began to study hieroglyphics and also engaged in a serious investigation of the Denderah Zodiac.

While travelling in the Moroccan Middle Atlas Mountains, near Midelt, he was interested in the metals found there thinking that there was a connection between Moroccan oricalcita, a copper derivative, and Plato’s orichalcum!

His Egyptian studies led him to conclude that (i) Atlantis existed in the Atlantic and that after its submergence survivors migrated across North Africa and eventually became settled in Egypt and that (ii) the Denderah Zodiac indicated a July 27th 9792 BC date for this destruction of Atlantis[0550]! He managed to publish ten books, two of which related to Atlantis, before his tragic death following a fall in 1981. Unfortunately, many more publications were still at various stages of development at the time of his death.

Slosman has a number of devotees, one of whom is Emilio Bourgon, who published a paper in support of Slosman. An English machine translation of this is available in the Atlantipedia Archives(a).

More about Slosman can be found at the following Spanish language website(a).