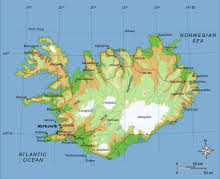 have identified Iceland with Ogygia. Some have linked the island with Thule or Hyperborea, while others see it as a remnant of a transatlantic landbridge. Harry Dale Huffman has similar ideas but believes that the landbridge also held Atlantis.

A recent commentator, Johan Nygren, also consider Iceland to have been home to Atlantis(a) (b) , but, confusingly later decided that South America was Atlantis(c) .

>Another recent advocate for an Icelandic location is June Austin in a lengthy blog, which wanders all over the place, including the claim that a disproportionately large number of Icelandic people have psychic abilities(d). Sadly, she offers nothing but speculation to support her theory.< 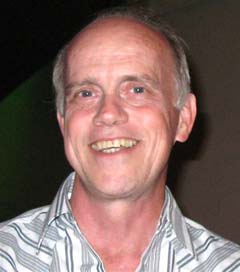 Harry Dale Huffman is an independent American researcher with an interest in ancient mysteries. He has written a book, The End of the Mystery[153], in which he offers his views on a wide range of subjects including the Holy Grail, the Sphinx and Atlantis. He controversially claims that Atlantis was located on a landmass that included parts of Greenland, Iceland and the British Isles, before being moved by some form of tectonic movement, that brought it from the Indian Ocean to its present position over a vast time span(a)(b). He tenaciously clings to the idea that the speculative map of Atlantis, published by Athanasius Kircher is a true representation of the outline of Plato’s island.>He also explains that although Greenland does not match the shape of Kircher’s island, it is because part of it broke off and became Iceland.<I cannot see how Huffman’s claims can stand up to even the most cursory investigation.

Huffman’s radical thinking also extends to the ‘hot’ subject of global warming, regarding which, he disputes the extent of the effect that CO2 has on the global climate(c).