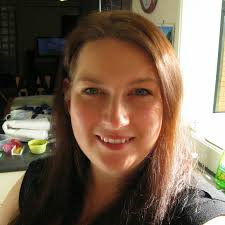 Melissa Brooks is a New Zealand cartographer who uses geographic information systems (GIS) to transform data into maps. She has now used the information in the Atlantipedia chronology of location theories to display in a more graphic manner the location and level of support for the various theories on offer.

The book, Water: An Atlas from Guerrilla Cartography[1554], was published in late 2017(a) as a large format, beautifully presented work#(b) . Unfortunately, Brooks’ contribution is the only reference to Atlantis in the book, which is concerned with water conservation.

Location Theories regarding Atlantis have identified sites all over the globe as can be seen below. In very general terms the 15th century saw three developments that were to lead to a renewed interest in Atlantis – the discovery of America, the first translation of the complete works of Plato by Ficino and the invention of the printing press. These saw a number of commentators offering their views on the location of Atlantis during the 16th century of which the majority favoured the Americas. Gradually the Americas gave way to an Atlantic location reaching a peak with the publication of Ignatius Donnelly’s famous work. Both the Americas and the Atlantic still have their proponents, although today reasoning rather than speculation is more evident.

Around 1900 Sir Arthur Evans was beginning to uncover the remains of the Minoan civilisation on Crete. Subsequently, in the same manner that the discovery of America led to the identification of the New World with Atlantis when Evans revealed the glory of the civilisation that had existed on Crete, the early part of the 20th century saw the formulation of the Minoan Hypothesis, which linked Crete with Atlantis. This concept got a dramatic boost with the discovery of the 2nd millennium BC eruption of Thera and the possibility that it inspired aspects of Plato’s Atlantis narrative. This idea is still the most popular after nearly a century of both study and speculation.

Atlantis theories have proliferated but in general, are more carefully and scientifically argued today. However, the work and reputation of serious atlantologists is frequently undermined by the ravings of occultists and mystics and their channelled gibberish. It should be obvious that if there was any communication with another plane of existence that by now we would have been told the location of Atlantis, but none has been forthcoming.

Non-specific clues to the location of Atlantis are the fact that most major cities are sited at the mouths of rivers and as the 2010 BBC documentary series How the Earth Made Us demonstrated, so many ancient civilisations developed close to tectonic fault lines because of the range of mineral wealth frequently found adjacent to them. However, fault lines are prone to earthquakes, a feature compatible with Plato’s description of Atlantis’ demise. In addition, the late Ulf Richter reasoned that the plain described by Plato was in fact a river delta. So it is probable that the capital of Atlantis was built on a river delta near a tectonic fault line.

A chronological list of theories and their authors is available here. I recently (2014) counted that a full 40% of those listedsupported an Atlantic location. However, as I demonstrate elsewhere ((5105)) the Atlantic ‘Sea’ referred to by Plato (Timaeus 24e, 25a & Critias 109a, 114a) could not have been the Atlantic Ocean that we know today.

While it may appear that recent years have seen a considerable increase in the number of people publicly expressing their views regarding the location of Atlantis, we must allow for two developments; the expansion of self-publishing and the use of the Internet. Unfortunately, this has led to a greater proliferation of nonsensical ideas about Atlantis alongside the more thoughtful and valuable contributions to the subject.

>A novel approach to determining the location of Atlantis was published in 2022 by Neo Khala. Using the Chronology of Locations published here he placed them all in a spreadsheet. “The spreadsheet contains 690 entries, which include almost a hundred different locations. For each location, I looked up the corresponding coordinates on the globe. From these values, I calculated the average of the latitude and the longitude. The result: 31°5’3.012″N 14°21’15.084″W. So Atlantis was found in the North Atlantic Ocean, north of the Canary Islands, off the coast of Morocco, at the same level as Essaouria. As you can see, finding Atlantis was child’s play. You can also see that my approach encompasses all other localizations that have ever existed. I must add, it also includes all the locations that could ever exist. The search is over. For once and for all, Atlantis is found.”(a)

Whatever happened to the Scientific Method?<