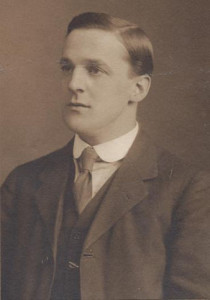 title The Lost Atlantis for his Presidential Address to the Geological Society on June 9th,1939, defending Lewis Spence and endorsing Wegener’s theory of Continental Drift. He also identified the Atlantic as the home of Atlantis, citing the migratory movements of certain birds and butterflies as evidence for a landmass in that ocean.

It was privately suggested as recently as 2003 that Chatwin had been part of the ‘Piltdown Hoax’.(a)

P.B.S. Andrews is an English historian who has been involved in a variety of controversial subjects including the dating of Pride and Prejudice, the Piltdown Hoax(a) and the location of Ithaca. In 1967 in a short article[056] in the journal Greece and Rome, he expressed the view the 2nd millennium BC explosion of Thera had inspired the Atlantis story. In addition, he suggested that Plato’s declaration that the island of Atlantis was larger than Libya and Asia combined, was the result of either a scribal error or a misreading of Solon’s notes. The alteration of a single letter would have rendered the translation as noting the island being located ‘between’ Libya and Asia. This explanation is somewhat suspect as the majority of Atlantis candidates, such as the Atlantic could not be described in those terms. In fact the only place that is exactly between Libya and Asia is Egypt!

However, Andrews’ idea never gained any great support and in recent years the explanation offered by Thorwald C. Franke, is that the Egyptian priest was describing the military power of Atlantis being greater than the combined might of Egypt’s traditional enemies, the Libyans and the Asians. This interpretation is more compatible with the Greek word used for ‘greater’, meizon.