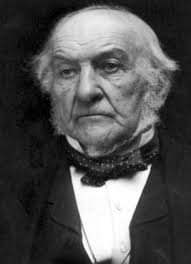 Ignatius Donnelly was obviously aware that Gladstone was familiar with the works of Plato having studied the classics at Oxford and having written and lectured on the works of Homer and so sent him a copy of his book in February 1882. *There is a story, probably apochryphal that “Gladstone sent this letter and addressed it to Ignatius Donnelly Esquire, America. And Ignatius being an Irish man and not wishing to be outdone, decided to reply to him and his reply said: The Right Honorable William Ewart Gladstone, the world.”(a)*  A short correspondence between them ensued.