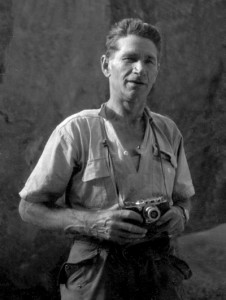 known for his study of the remarkable cave paintings in the Sahara at Tassili-n’Ajjer[442]. Lhote built on the discoveries of a French Lieutenant Brenans, who began exploring the region in the 1930s.

Jürgen Spanuth notes[017.22] that in 1950, Lhote organised an expedition to Tanzerouft in the Sahara with the hope of finding Atlantis although there was no subsequent claim by Lhote of any such discovery. However, Phyllis Young Forsyth quoted Lhote as giving a somewhat contradictory view when he wrote in The Search for the Tassili Frescoes “The fact is that there is no possibility whatsoever of the Sahara having been the site of Plato’s mysterious island.”[442.184] Zhirov noted[0458.18] that Lhote expressed the view that “it must be admitted that there is much in Plato’s idea that is positive.”

Lhote also contributed an article to Reader’s Digest’s, The World’s Last Mysteries[1083], regarding the ‘green’ Sahara that existed prior to 2500 BC.

A blog(a) by Dale Drinnon of a decade ago expanded on some of the numerous examples of Saharan rock art that we know of and their possible connection with Dynastic Egypt. Philip Coppens has also written an article(d) in which he speculated on the possibility that Tassili n’Ajjer may offer the origins of ancient Egypt’s culture. The Bradshaw Foundation has an extensive archive(b) of African rock art as well as a section on rock art along the Nile(c). Similarly, Jose Manuel Delgado’s website also offers an overview of the rock art of the region and its creators, before they spread to the Nile Valley(e).