Rosario Vieni (1941- ) is an Italian Professor of History who was born in Messina, Sicily and currently lives in Pistoia in Northern Italy. He has studied the Phaistos Disk and published a calendrical interpretation of that artefact(e)(f). 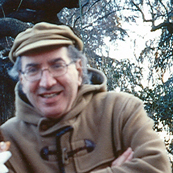 Vieni also presented a paper(a) to the 2005 Atlantis Conference on Melos entitled “11,500 years ago….” He proposes that prior to the ending of the last Ice Age; the Mediterranean was 150-200 metres lower than at present. He also suggests that the Strait of Messina was closed and that a landmass extended south to encompass the Maltese Islands.

Consequently, Vieni opted for a then narrower Strait of Sicily as the location for the Pillars of Heracles and provided strong documentary evidence for this view.

He was greatly annoyed that Sergio Frau has claimed to have been the first to make this assertion a couple of years after he did(g). Which explains why, when Vieni subsequently published his theories in book form in 2011, he entitled it Atlantide e le Colonne d’Ercole (Atlantis and the Pillars of Hercules)[1177].

Although Vieni does not opt for any particular location for Atlantis, the focus of his paper is on the matching of Plato’s description with the Central Mediterranean. The title of his 2005 paper clearly indicates his support for the very early date for Plato’s Atlantis.

Not content with the Atlantis controversy, Vieni ventured into even more heretical territory when he indicated support for the Expanding Earth Hypothesis. James Maxlow, a leading proponent of this theory claims that the concept, sometimes referred to as Earth Expansion Tectonics, explains all existing physical geological data better than Plate Tectonics(b).

Obviously Vieni came to realise that Plato’s mention of 9,000 years could not be taken as a reference to solar years and therefore to suggest that Atlantis was destroyed 11,500 years ago was no longer tenable. Consequently, when he addressed the 2008 Atlantis Conference he revised the title of his paper to “about 5,600 years ago….” in which he offered strong arguments in support of the idea that when Plato wrote of 9,000 years he was referring to ‘seasons’ of which there were three in the Egyptian solar year.  This idea is not new having been suggested by the naturalist C. S. Rafinesque in 1836, referring to even earlier  sources[896.231]. These included Giovanni Carli who dated Atlantis at 3890 BC.

He also suggests volcanic activity as the probable cause of Atlantis’ demise, pointing to the ongoing volcanic activity in the Central Mediterranean. A website dealing briefly with this region’s volcanology is worth a visit(c) as well as the Wikipedia article on Italian volcanoes(d).