The Younger Dryas Impact Hypothesis (YDIH) is based on the claim that around 12,800 years ago the Earth had an encounter with a very large asteroid or comet that broke up in an airburst over North America and of which some fragments possibly hit the ground directly(a).

Many effects have been linked with this event with varying levels of enthusiasm including a suggested association with the demise of Atlantis. Elsewhere, megafaunal extinctions, cataclysmic floods, the disappearance of the Clovis people and the creation of the Carolina Bays(g), have all been proposed as consequences of this episode.

In 2006, Richard Firestone, Allen West & Simon Warwick-Smith published the foundations of the YDIH in The Cycle of Cosmic Catastrophes [110]. A year later the hypothesis had a more public airing at the American Geophysical Union Press Conference, Acapulco, Mexico, on May 23(d). This was followed the same year by the publication of a formal paper in the Proceedings of the National Academy of Sciences of the United States of America(f).

Since then volumes have been written on the subject, both pro and con(c).

A 2014 paper(h) entitled Nanodiamond-Rich Layer Across Three Continents Consistent with Major Cosmic Impact at 12,800 Cal BP by Charles R. Kinzie et al., has developed further the idea of this event being associated with the Younger Dryas. In a similar vein is an article(f) from Megan Gannon.

December 2014 saw Graham Hancock raising the issue of a cometary cause for the Younger Dryas and its possible association with ancient Egypt(e).

Martin Sweatman brought further evidence to bear on this debate in an article(i) on the Graham Hancock website. This focuses on the investigations at Hall’s Cave in Texas described in a paper by Sun et al, where the team concluded that the trace elements found there could indicate a volcanic rather than an impact as the cause of the Younger Dryas cooling! Sweatman disagrees with their conclusions claiming that there seems to be an element of selectivity in choosing data, leading to a wrong conclusion.

2019 also gave us a paper that included an extensive bibliography and overview of the YDIH debate(k).

>In 2020, the eminent geologist James Lawrence Powell published Deadly Voyager [1911], which offered further support to the YDIH. This book was instrumental in changing the negative stance of a number of ardent sceptics including Michael Shermer(j).

“Finally, we can now assess Sweatman’s suggestion that the YDIH may be ready for promotion from hypothesis to the status of theory. If we combine the definitions of “theory” from the National Academy of Sciences and the American Association for the Advancement of Science, it would read something like this:

‘A scientific theory is a well-substantiated explanation of some aspect of the natural world, based on a body of facts that have been repeatedly confirmed through observation and experiment. It refers to a comprehensive explanation of some aspect of nature that is supported by a vast body of evidence. One of the most useful properties of scientific theories is that they can be used to make predictions about natural events or phenomena that have not yet been observed.’

Those who have read this article and Sweatman’s have the information to decide whether the YDIH meets this definition. In this author’s opinion, there is a strong case that it does. Moreover, it should not be forgotten that no other single theory can explain the YD and its associated effects.”(l)<

(j) In praise of intellectual honesty – The Cosmic Tusk 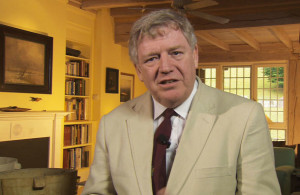