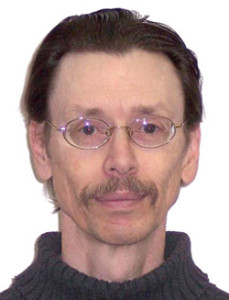 security. He has also been engaged in over 30 years of Greek and 20 years of Coptic studies. He is probably best known for his Sahidica trilogy which deals with the New Testament in the Sahidic dialect of pre-Islamic Coptic(a).

Wells has also written about sexual elements contained in the Atlantis narrative.

2011 saw Wells add to his valuable contribution to Atlantis research with the publication of Atlantis in Context[787]and a slightly condensed edition of it, The Book on Atlantis[783]. In them, he offers a new translation of the Atlantis passages in Plato’s Critias and Timaeus and more importantly engages in a forensic examination of Timaeus 24e-25d, which contains some of the most debated elements in the narrative. However, I was disappointed that he did not expand on Plato’s use of words for various bodies of water and in particular the reference to the ‘ocean’ being navigable in those days, inferring that it was no longer so, which begs the question of how this could possibly refer to what we know as the Atlantic Ocean. That aside, Atlantis in Context is an important addition to Atlantis studies.

On an older website of his, Wells offered parallel versions of a section of Timaeus by Jowett, Bury, Lee and his own(d).

Wells has also brought together the Greek text as well as seven translations of the most quoted Atlantis passages in Timaeus from 24d to 25d, now available on the AtlantisOnline website(e).

Despite all that, Wells does not appear to support the reality of Atlantis!

A Concordance to the English language translations by R.G. Bury and Benjamin Jowett of the Atlantis sections of Plato’s Critias and Timaeus has been produced[702] by Joseph Warren Wells. It was available both in hard copy and as an inexpensive Internet download(a) but does not appear to be currently available. Wells has published separately details of the sources he employed in compiling this work(e).

Wells is also the author of a short paper on the sexual undertones in the Atlantis narrative(d).

Other online concordances to Timaeus and Critias are also available(b)(c).