The Cygnus Constellation was the location of a supernova which inspired the story of Phaeton, as related to Solon by the priests at Sais, according to Michael A. Cahill in his two-volume  Paradise Rediscovered [818/9].

Andrew Collins has also written[075] on the place of the constellation Cygnus in prehistoric consciousness. Arising from this study, it appears that the position of the Cygnus stars correlate more accurately with the Giza pyramids than those of Orion, which was proposed some years ago by Robert Bauval. Collins continues with the Cygnus-Giza connection in a subsequent offering, Beneath the Pyramids[0631]. Derek Cunningham has echoed(a) some of Collins’ work suggesting that there existed in ancient times a World Map based on the Cygnus constellation!

Anthony Murphy and Richard Moore have also written(b) about the Cygnus Constellation  and a possible link with Ireland’s Newgrange.

*Freddy Silva has endeavoured to link Cygnus with the Osirion in Abydos in a 2019 article(c) in which he dated the structure to 10,500 BC.*

Michael A. Cahill (1961- ) is an Australian Lecturer in Biochemistry & Cell Biology, author of multiple patents, and scientific cofounder of the biotechnology company ProteoSys AG. He is also the author of an extensively researched two-volume work(b)(c), published in 2012, entitled Paradise Rediscovered: The Roots of Civilisation[818/9]. This offering of over 1100 pages is, by the author’s own admission, controversial. In it he puts forward the radical idea that “the long forgotten high society of Atlantis existed in the pre-Diluvian Stone Age at the mouth of the Black Sea [the location of present day Istanbul] and that its legends have come down to us in Indo-European and Middle Eastern mythologies (including the biblical Genesis account)”(d).

However Atlantis is only a tangent to main theme of this book, which opens with Solon in the Temple of Neith at Sais from Plato. Cahill recognised that the myth of Phaeton related by the old Egyptian priest actually referred to a supernova in the constellation of Cygnus. This was confirmation that the 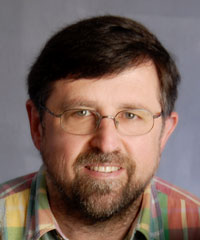 Atlantis account referred to the transmission of actual historical information by Plato, rather than fictional imagination, inspired further investigation.

For Cahill the inundation of Atlantis would have corresponded to the biblical Deluge, which Ryan and Pitman’s Noah’s Flood equated with the Black Sea Flood, dated at 6400 BC(e) after the breaching of the Bosporus. This date is around 1,200 years earlier than that suggested by Christian & Siegfried Schoppe, while Cahill’s proposed location for Atlantis, namely in the vicinity of modern Istanbul, is south of the Schoppe’s proposed Snake Island in the Black Sea. This location has, understandably, some local support from Adrian Bucurescu(g) and more recently from George K. Weller (h).

Linguistics analysis had suggested the origin of the Indo-European languages in Anatolia (i.e. next to the Black Sea) around 6400 BC. Cahill looked for and found otherwise unlikely traces of Indo-European words in flood accounts, such as Genesis, The Book of Enoch, and The Epic of Gilgamesh. He has published a summary of the arguments in a poster presented at the 2011 Atlantis Conference in Santorini, Greece. Based upon the society reconstructed from the written flood accounts, from Indo-European comparative mythology, and from a host of other sources, the book concludes that this society was dominated by god-kings who commanded secret scientific Neolithic knowledge, possibly including an elixir which extended the life-span of the elite(f).From the Stonehenge-like circular Atlantis complex at the Bosporus the “gods” exerted a monopoly on power until 200 of them defected, revealing secret knowledge to “the daughters of man” to start a new farming culture that spread across Europe with its Indo-European languages. Paradise Rediscovered certainly poses challenging questions for many established social and archaeological paradigms. Whether or not this shadowy reconstruction is correct, and even Cahill does not insist that it is(d), it is well researched and its elaborate arguments are surprisingly plausible. (The above synopsis was written by Cahill at my request. TO’C)

Cahill has had problems with selling his books through Amazon and offers an alternative source for purchasers(h).