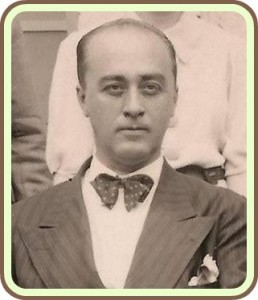 Gustavo Barroso (1888-1957) was a Brazilian writer and right-wing ‘Integralist’ political leader as well as an unambiguous anti-semite. His 1931 book, Aquém da Atlântida[1346], included Nazi ideology as well as the concept of ‘vril’ energy and a denunciation of communism. To say the least the book had little to do with Plato’s Atlantis(a). However, Alexander Braghine recommended this book as worth reading in connection with ancient links between the ‘Old World’ and the Americas[156.171].

I have been reminded by Ronan Coghlan that the beef extract, Bovril, developed in the 1870s, had used ‘vril’ as part of its name to imply ‘bull-power’!

William Scott-Elliott took Bulwer-Lytton’s ideas seriously and has shown their influence in his references to Atlantis. In the early part of the 20th century, this fictional concept of vril was incorporated into esoteric Nazism, including the work of Brazilian right-winger, Gustavo Barosso.

Michel Manzi (1849-1915) was a close friend of the celebrated painter Edgar Degas. With regard to Atlantis he followed the ideas of Ignatius Donnelly and the Theosophist, Scott-Elliot, and is sometimes referred to as an occultist. He was also influenced by the work of Abbé Brasseur de Bourbourg. It was not until a few years after his death, in 1922, that his book, Le Livre de l’Atlantide[731] (The Book of Atlantis) was published and is now available online(a).

After reading a translation of chapter five(b), I can confidently denounce this book as a collection of nonsense, heavily influenced by Blavatsky‘s drivel, with references to atlantean flying machines and vril power.