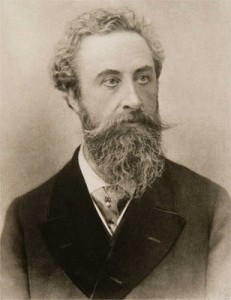 I have been reminded by Ronan Coghlan that the beef extract, Bovril, developed in the 1870’s, had used ‘vril’ as part of its name to imply ‘bull-power’!

William Scott-Elliott took Bulwer-Lytton’s ideas seriously and has shown their influence in his references to Atlantis. In the early part of the 20th century this fictional concept of vril was incorporated into esoteric Nazism, including the work of Brazilian right-winger, Gustavo Barosso.

Rosicrucians were an obscure secret society that emerged in Germany during the 17th century. Nevertheless, earlier individuals have been identified as Rosicrucians such as the Swedish Runic scholar Johannes Bureus (1568-1652) and the alleged founder of the order, John Dee.  Some have pushed the beginnings back to the 15th century(b).

Although there are modern ‘Rosicrucian’ groups, the origins of these bodies are rarely traceable beyond the 19th century despite their claims to a lineage that stretches back to ancient Egypt and Atlantis. The basis for such claims is at best imaginary but generally accepted as fraudulent. The Rosicrucians have also been linked with the Holy Grail, a subject that has received greater public interest since the publication of Dan Brown’s The DaVinci Code.

A 1934 extract(c) from the Rosicrucian Digest reveals their thinking at that time.

A 2006 edition(a) of Rosicrucian Digest gives an overview of the search for Atlantis at that point in time.

Lewis Spence, an early 20th-century atlantologist, was a member of a European Rosicrucian order.

>A recent development in Rosicrucian thinking is the idea of extraterrestrial intervention in the affairs of man from early times including our creation – “The knowledge of the Atlanteans came from another galaxy and was brought by those who became the first rulers of Atlantis. Some of these extraterrestrials returned to their home, others remained on earth to carry out a mission, all of the world’s civilizations come from this second group.” Bernard Raymond – L’empire Invisible(d).< 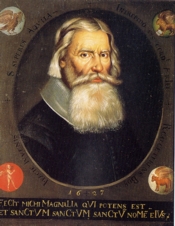 back to ancient Egypt, while others have gone further and claimed that Egypt had been colonised by refugees from Atlantis bringing with them the fundamentals of freemasonry!

A recent book,  Mysteries and Secrets of the Masons by Lionel and Patricia Fanthorpe[655], has a chapter entitled Masonic ideas about Atlantis nd Lemuria in which the authors claim that ‘here again Atlantis is rich in Masonic allegory and symbolism’. I hope it is reasonable to point out that symbolism, like beauty, is in the eye of the beholder. This extract can be read online(a).

Freemasonry is not alone in having an Atlantean ancestry attributed to it. A number of other societies and cults such as the Rosicrucians(b) , Theosophists(c) and Knights Templar(d) have all had a link with Atlantis claimed for them in a desperate attempt to underpin their legitimacy.

However, we must not forget how German Nazis also claimed a similar ancestry as part of their desperate attempts to justify their racist policies.

Dr John Dee (1527-1608) was born in London of Welsh parentage. Although he was a polymath, he was never a doctor. He was reputed to have had the largest library in England at that time, holding 3,000 books and 1,00

manuscripts. Dee was court astrologer to both Mary Tudor and Queen Elizabeth I and it is widely believed that he was the founder of the Rosicrucian Order. His principal published work is Monas Hieroglyphica (1564). Dee is also credited with coining the phrase ‘Brytish Impire’.

Some consider that Dee’s life had been the inspiration for the work of a number of his literary contemporaries, including two plays, Doctor Faustus by Christopher Marlow and The Tempest by William Shakespeare.

Further information about Dee is available on a dedicated Internet site(a) and a 2015 reappraisal of his life can be read on another(b).

Dee, like many others, was convinced that the newly discovered American continent was in fact Atlantis and prepared a map of the New World for Queen Elizabeth I with one side marked Atlantis. This view he shared with Francis Bacon.*Until Dee, Atlantis speculation had been centred on Spanish Central America, but Dee moved it into British territory in North America.*