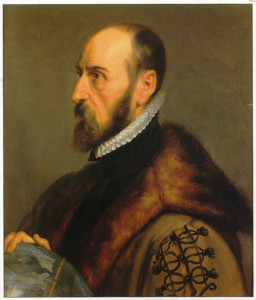 Abraham Ortelius (1527-1598) was a Flemish cartographer who produced the first modern atlas, Theatrum Orbis Terrarum[1226], which at the time was reputed to have been the most expensive book ever printed.

It is interesting that he included the mythical island of Hi-Brasil (Brasil) off the coast of Ireland as well as the equally mysterious Frisland (Frieslant). Both can be clearly seen on his map using the link below(a).

In 1596 Ortelius was struck by the possibility that America, Europe and Africa had at one time been joined together but had over time become separated, an idea expressed in his Thesaurus Geographicus[1225]. Ortelius also included a speculative southern landmass, Terra Australis, which he designated as a “land of parrots”.

In 1597, Ortelius was the first to map(d) the travels of Homer’s Odysseus, notably locating all his adventures in the Central and Eastern Mediterranean, which was probably just a reflection of the limits of Greek maritime knowledge at the time that the narrative originated! 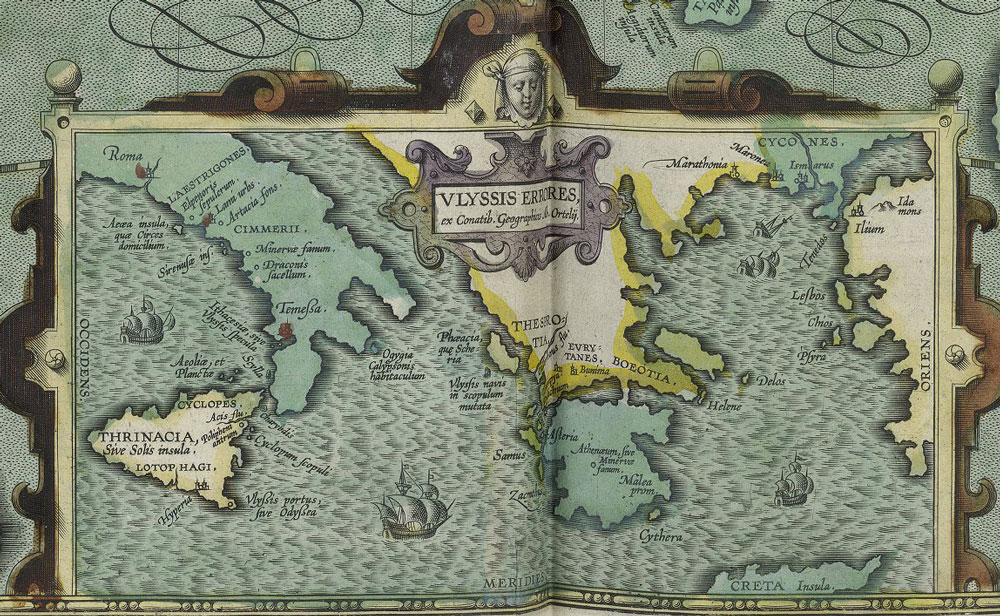 Ortelius suggested that Atlantis had been located in North America but that they had separated in the very distant past! Before modern theories of Continental Drift and its successor, Plate Tectonics, the idea of landbridges between continents was popular as an explanation for the spread of animals and people around the world. Some suggested as an alternative, the existence of lost continents such as Atlantis in the Atlantic, which acted as a stepping-stone between the continents(c).

Four hundred years later Alfred Wegener incorporated some of Ortelius’ ideas into his theory of Continental Drift, which later led to the current theory of Plate Tectonics.

A purpose-built polar exploration ship, m.v. Ortelius, was named after the geographer.

Recently, Doug Fisher has drawn attention to the similarities between a 1592 map of South America by Ortelius and the well-known Kircher map of Atlantis(b).