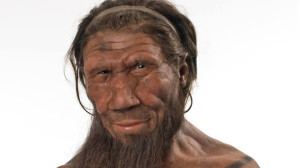 Paola Villa, a curator at the University of Colorado’s Museum of Natural History has recently (April, 2004) expressed the view that the intellectual abilities of the Neanderthals have been seriously underestimated(d). Similar views are expressed in an article(e) which traces the early characterisation of Neanderthals as ‘primitive’ and contrasting that with the current revised opinions that attribute much greater intellectual capabilities to them.

>By way of contrast, another 2020 report highlighted conflict between Neanderthal and humans, suggesting that “The best evidence that Neanderthals not only fought but excelled at war, is that they met us and weren’t immediately overrun. Instead, for around 100,000 years, Neanderthals resisted modern human expansion.” (z)<

In April 2016, the results of a study(j) of their ‘Y’ chromosome suggested that Neanderthals had diverged “almost 590,000 years ago from humans.”

A study(x), published 3 June, 2020 in the journal Proceedings of the Royal Society B concluded that “Ancient humans, Neanderthals and Denisovans were genetically closer than polar bears and brown bears, and so, like the bears, were able to easily produce healthy, fertile hybrids according to a study, led by the University of Oxford’s School of Archaeology.”

It has now been reliably demonstrated that Neanderthals also played music using a flutelike instrument made of bear bone around 50,000 years ago(y). 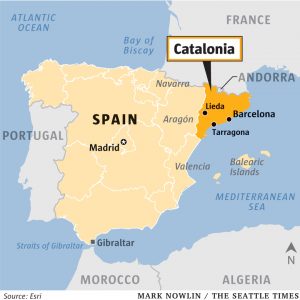 (atalon)ia, C(atalan)]. Although, this suggestion might appear attractive at first sight it is tenuous at best.

>Ülkü Aytan has proposed that “the Catalans are the continuation of Atlantis” (a) . In a brief 2020 document she has specified a region in the Mediterranean between Spain and the islands of Sardinia and Corsica as the location of Plato’s Atlantis.