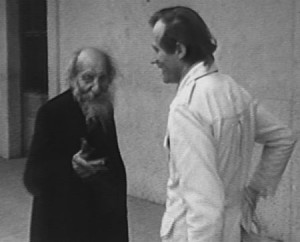 Stan Hall (1936-2008) was a Scotsman who has authored, Tayos Gold – The Archives of Atlantis[360] in which he resurrects the old legends of an extensive cave systems in the Andes.>allegedly stretching for hundreds of miles.<

Harold T. Wilkins discussed these ancient tales at length over sixty years ago[363]. However it was one Juan Moricz who was responsible for renewed interest in the Ecuadorian cave system with his claim to have discovered in them a library of metallic books.

Erich von Däniken, the champion of the ‘ancient astronaut’ theory, who embellished it to produce another bestseller,>The Gold of the Gods [272]. In it he claimed to have seen a library of gold plates. This was just a collection of lies(g).

Philip Coppens wrote a paper on the caves, which included a lot of background information(h).<

In 1976, Hall, who also met Moricz, organised an expedition of over a hundred people that included the astronaut Neil Armstrong, to explore the Tayos Caves in Ecuador. While in Ecuador, Hall met Fr. Crespi, the then guardian of the so-called Crespi collection of strange artefacts. Although no metallic books were discovered Hall proceeded to publish his book, which claims to link the undiscovered books with Atlantis. Such wild conjecture is totally unjustified. A website dedicated to Hall’s work is available(a).

>2020 brought us Mysteries of the Tayos Caves [1768] by Alex Chionetti, another wannabe Indiana Jones, who tries to revive interest in the Ecuadorian caves and the various failed, and sometimes non-existent, attempts to locate the library of gold books once reputed to have been seen there. Jason Colavito found the book “maddeningly incoherent”(e).<

(h) “As We Walked Through The Tunnels of Gold…” (bibliotecapleyades.net)<