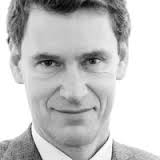 advanced the idea while working at Cambridge University.

>The late Steven Sora also proposed that Atlantis and Troy were one and the same and that the reports of their wars were confused accounts of the same event. However, Sora located his Atlantis/Troy around 4,000 km from Zangger’s in Iberia.<

His views were published in English as The Flood From Heaven[483], however, It seems rather odd to me that Zangger ended this book with eight counter-arguments and shortcomings relating to his thesis.>He repeats some of this in a separate paper(l) where he notes that “this theory has some obvious weaknesses: Troy is not an island, it does not lie in the Atlantic Ocean, is nowhere near the size of a subcontinent, did not flower 11,000 years ago and was not washed into the sea by a natural catastrophe. All those things are characteristics of Atlantis.” Whether all this is an expression of open-mindedness or doubt, I shall leave others to decide.<

He followed that a decade later with a second book[484] that in part returns to the subject. In The Future of the Past Zangger matches a range of features in the Atlantis narrative with the available description of Troy. He then describes how he applied an objective statistical analysis system known as a ‘Monte-Carlo Method’, to these matching details, as well as those of other popular theories, and found that his theory, which situates Atlantis at Troy, scored the highest probability rating as its location. While I do not doubt the neutrality of the system’s results, I would have some misgivings regarding the objectivity of the data entered, a view supported by Zangger himself. For example, if Zangger has entered the location of the Pillars of Heracles as the Dardanelles and ignores the Straits of Messina and Gibraltar, then the results must be considered biased. Consequently, I would suggest that the exercise be repeated by some disinterested mathematicians and then collate their results.

Zangger claims that Plato’s Atlantis narrative is a distorted recollection of the Trojan War, including the earthquake and sudden flooding of Mycenaean Tiryns around 1200 BC morphing into the demise of Atlantis(k). However, the Tiryns inundation is just one of several other flooded Greek cities, such as Helike or Atalanta that are also claimed as the inspiration for Plato’s flooding of Atlantis.

Zangger together with archaeologist Serdal Mutlu investigated the little known ancient Luwian civilisation of Anatolia. They believe “that Trojans and many of the people who sided with the Trojans in the Trojan War were Luwians.” They also claim that remains of Troy has even lower levels still unexcavated(b). A website devoted to the subject is available(c).

In May 2016, Zangger, President of Luwian Studies, introduced the results of a recent investigation of the Luwian speaking peoples, who now appear to have been an alliance of small independent states in Turkey, west of the Hittite Empire.

Zangger also adds a video clip(e) in which he compares a history of the Trojan War by the 13th-century Italian writer, Guido de Columnis, with Homer’s account. Some aspects of Guido’s description of the city of Troy are evocative of Plato’s description of Atlantis (f).