For thousands of years, it was accepted that the surface of the earth was in a static state. This belief persisted until the discovery of America in 1492 and the cartographic improvements during the following century before Abraham Ortelius in his 1596 Thesaurus Geographicus[1225]  proposed that the Americas had once been joined to Europe and Africa. It is often claimed that in 1620 Francis Bacon commented on the close fit of eastern South America with the west coast of Africa, however, this, according to G.L. Herries Davies, is an exaggerated interpretation of what he actually said(o).

A number of others concurred with the jig-saw suggestion until 1858 when the French geographer Antonio Snider-Pellegrini offered[0555] a theory of crustal movement that was more fully developed in 1912 by Alfred Wegener, which he came to label ‘continental drift’(e). Snider-Pellegrini also thought that the Earth had been much smaller at the time of the biblical Genesis(ac)! The big objection to the theory was a lack of a convincing mechanism to explain it(f).

A number of writers have attempted to bring the theory of Continental Drift (CD) into the Atlantis debate. They seem to overlook the fact CD was proposed as a very very slow process, while Plato describes the demise of Atlantis as occurring in a single day and a night.

Wegener’s theory was debated until the late 1950’s when it morphed into the theory of Plate Tectonics (PT) following new developments in earth sciences in particular the recognition of seafloor spreading at mid-ocean ridges. However, PT as we know it demands subduction(z), which in itself has created new problems(aa)(ab).

The theory divides the lithosphere into a number of plates that are constantly moving in various directions at rates of a few centimetres a year. Competing with PT in the early years was the theory of Earth Crustal Displacement advocated by Charles Hapgood which claims that the entire crust of the earth moved as a unit. Endorsed by Albert Einstein it is fundamental to the theory of an Antarctic location for Atlantis proposed by Rose & Rand Flem-Ath.

Unfortunately, Plate Tectonics does not explain everything and ever since it gained the pre-eminence it currently enjoys, various writers have questioned what they perceive as its shortcomings(g)(h)(i).

A totally different proposal is that the earth is expanding. Although the concept did not get much attention until the 1980’s there are antecedents stretching back to 1888(a), when the earliest suggestion was made by the Russian, Ivan Yarkovsky (1844-1902). A year later the Italian geologist (and violinist) Roberto Montovani (1854-1933) proposed(I) a similar mechanism. In 1933, Ott Christoph 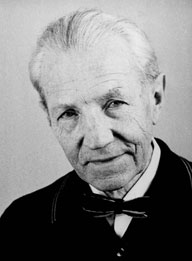 In 1963, a Russian lady, Kamilla Abaturova, wrote to Egerton Sykes expressing the view that although her theory of an expanding Earth involved a ‘slow’ process, she proposed that at the time of Atlantis’ the radius of the Earth was 600 km shorter(af). In geological terms, this is far from ‘slow’!

The leading proponent of the theory today is arguably the, now retired, geologist Dr James Maxlow(b). A detailed outline of the theory is also offered on his website(c). For laymen like myself, a series of YouTube clips(d) are probably more informative. I have stated elsewhere that I am sympathetic towards the idea of earth expansion finding it somewhat more credible than plate tectonics. The truth of the matter is that since Ortelius first suggested that the continents of our planet had moved, all that has emerged since is a refinement of that basic idea leading to CD which became PT and as the latter still does not answer all the questions it raises, it is clear that further modification will be required.> In December 2021, Maxlow published an overview of his current thinking on Expansion Tectonics(ag).<

The Expanding Earth Hypothesis may, as its proponents claim, supply all those answers. Others do not think so, which brings me to J. Marvin Herndon who has ‘married’ the theory of an expanding earth with the idea of crustal plates(j) , naming his 2005 concept Whole-Earth Decompression Dynamics (WEDD).

The Thunderbolts.info website has a three-part article seeking to offer “an alternative to plate and extension tectonics”. The anonymous author suggests that an electrical element is involved in the development of our planet. An extensive look at mountain building is also included(y).

Keith Wilson, an American researcher, has also developed a website(k) devoted to the EEH and linking it to Pole Shift. However, he goes further and introduces Mayan prophecies into the subject, which in my view is unwise in the light of recent events or rather non-events!

In the meanwhile, a number of Atlantis researchers have endorsed the EEH including, Stan Deyo,  Georg Lohle and Rosario Vieni. Nicolai Zhirov referred to the growing support both in Russia and elsewhere for the EEH citing a number of its supporters, adding that “the idea of the Earth expanding (within reasonable limits) cannot be ruled out altogether as absurd.”[458.126]

A number of websites have dismissed the EEH as pseudoscience, which is confirmed by satellite measurements.(m)(n).

There is also a variation of the standard expansion theory which proposes(q) that expansion may have occurred in fits and starts. There also seems to be evidence that the Earth is not alone with Venus expanding(r) and Mercury contracting(s).

Another matter that may be related to the claim of an expanding Earth is the question of the size of dinosaurs and other creatures and plants millions of years ago, which is claimed to have been impossible if gravity then was the same as today. A book[1218] by Stephen Hurrell has expanded on this idea. There is an interesting website(p) that deals with the enormous size of the dinosaurs as well as other creatures at the same period and the support it may offer the EEH.

Neal Adams, a respected graphic artist(u), is a vocal supporter of the EEH(v), but, he has gone further and has also proposed a growing Moon as well(w). Not content with that, he has extended his expansion investigations to other bodies in our Solar System, such as, Mars, Ganymede & Europa(x). Adams considers the term “Expanding Earth” a misnomer and has named his proposed expansion process ‘pair production’.(ad)

A December 2018 paper by Degezelle Marvin offers some new support for the EEH(ae). The author includes an interesting comparison of the problems of the currently accepted paradigm of plate tectonics with possible solutions offered by EEH. The author concludes with;

“The problems with plate tectonics were presented in this paper. Earth scientists dogmatically follow the plate tectonics theory that is falsified by geological data while Earth expansion is clearly a viable candidate to replace plate tectonics. Analysis map of the age of the oceanic lithosphere showed that the isochrons only ft on a smaller Earth with a calculated radius. Mountain formation has even been presented as a logical result of the Earth’s expansion. The average rate of the growth of the Earth’s radius is 1.22cm/year, obtained by geological methods.”

Finally, I cannot help thinking about those Victorians who thought that they had reached the pinnacle of scientific understanding. They were wrong and, I believe, that so are we, although we are slowly, very slowly, edging towards the truth,    which may or may not involve the vindication of the Expanding Earth Hypothesis.