Hans Schindler Bellamy (1888-1970), appears to be one of the pseudonyms of Rudolf Elmayer von Vestenbrugg, a.k.a. Elmar Brugg. H. S. Bellamy, with one exception, was the pen name used on English language books. He was probably Austrian, or Anglo-Austrian as Trevor Palmer designates him[0888.127].  Furthermore, there is no clear agreement regarding the exact year or place of either his birth (sometimes 1901)(b) or death (sometimes 1982). Atlantisforschung.de records(c) his life as (1901-1982) and refers to a lecture that Bellamy gave in 1975 to the World Congress of the Ancient Astronaut Society in Zurich, which presumably he delivered while still alive. Until now, I have also been unable to locate any photos of Bellamy. 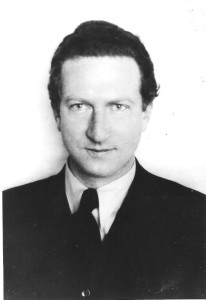 During the Nazi reign he wrote a number of regime friendly works under the name of Elmar Vinibert von Rudolf with the SA rank of Obersturmführer including a volume of SA stories covering the war years 1939/40. After the war he was usually published in the German language as Elmar Brugg.

Bellamy is probably best known for his adoption of some of the strange cosmological ideas of Hanns Hoerbiger, with whom he developed a friendship and has written about these theories in both English and German. He gathered an extensive collection of worldwide myths to support the view that the Earth had lost a previous moon and captured our present satellite within the last 50,000 years. He developed his views in his first book, Moons, Myths and Man[092] which was published shortly before the Second World War. After the war Bellamy was instrumental in establishing the British Hoerbiger Institute which contributed to Egerton Sykes’ bi-monthly Atlantis magazine.

Bellamy wrote a short monograph for the Hoerbiger Institute’s newsletter in March 1948, in which he reiterated his belief that the capture of our Moon caused the destruction of Atlantis(d).

In 1949 Bellamy was invited by Sykes to visit Britain, presumably from Austria, and give lectures on Hörbiger’s theories. In Vol.1 No.6 of Atlantean Research there is an article(a) written by Bellamy, he seems to be ingratiating himself with the British with glowing references to the Pound Sterling. This could be interpreted as part of a process of rehabilitation following his wartime activities.

He directly dissects the Atlantis story in his book, The Atlantis Myth, in which he never misses an opportunity to link the details of the Plato’s narrative with the ‘captured Moon’ theory of Hoerbiger. He also refers (p.78) to classical writers such as Strato and Seneca who wrote, “that originally the Straits of the Pillars (Straits of Gibraltar) did not exist, but the rock was eventually broken through in a cataclysm.” Bellamy logically comments that such an event could only be known if there were witnesses to it.

He also produced a volume[097], The Book of Revelation is History, devoted to demonstrating that the last book of the New Testament is in fact a coded description of the catastrophes that accompanied the capture of our moon. He claimed that the reference to the ten horns is an allusion to the ten Atlantean kings. He also interpreted the Book of Jeremiah I & II as well as Ezekiel as containing references to aspects of the Atlantis story.

Bellamy devoted a lot of his energies to the study of Tiahuanaco and co-authored two books[093][094] with Peter Allan (1898-1974) on the subject. Both Bellamy and Allan were awarded honorary professorships in the University of La Paz in recognition of their work at Tiahuanaco.

He also wrote an appreciation of Ignatius Donnelly in the 1950 edition of Atlantis:The Antediluvian World[1167], edited by Egerton Sykes.

What appears to have been his last book[095] was published in German shortly after his death and once again he wrote of the possibility and consequences of cosmic collisions. Unusually, this book was published with the authorship credited jointly to both Rudolf Elmayer von Vestenbrugg and H.S. Bellamy.