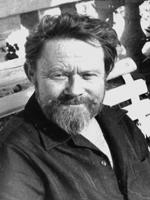 Elasippos is the name of the elder of the fourth pair of twins who became kings of the Atlantean empire. This name is claimed to have been modified by time and usage to what we know as Lisbon today, where his kingdom is assumed to have existed. However, Plato tells us that the names of the original ten kings of Atlantis recorded by him have been Hellenised so that the putative connection between Elasippos and Lisbon is somewhat suspect.

The Greeks knew Lisbon as Olissipo and believed that this was derived from Ulysses whom is supposed to have founded the city, although it is more conventionally accepted as having been established by the Phoenicians and known by them as Alis-Ubbo.

However, Frank Joseph claims that they knew it as Elasippos (b) and in Douglas Kenyon’s Forgotten Origins [1191.67] he translates the name as ‘Kingly horse-rider’. However, in The Lost Civilisation of Lemuria [0107] Joseph suggested that Elasippos was possibly a reference to Olisihpa a king of Nan Madol in the Pacific! (d)

It is interesting that this suggested Ulysses connection supports the view that the adventures of Homer’s hero took place outside the Mediterranean.

C.&S.Schoppe translate ‘Elasippos’ as ‘horse of war’ referring to its domestication and also claim that he gave his name to a region around the River Don(a) that flows into the Black Sea, their preferred location for Atlantis.

Other translations of the different variants of the name are ‘calm roadstead’ or ‘walled town’ (c).