Antonio Moro (1940- ) is an Italian Capuchin friar and the author of Atlantide, il Continente Ritrovato [0974] (Atlantis, the continent found). In this 2013 offering, he locates Atlantis on the Iberian peninsula together with the southern coast of France and also the west coast of Italy. He dates its destruction to around 2500 BC(b). 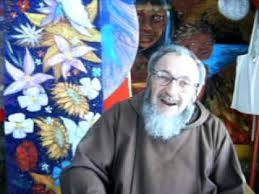 A video of an interview, in Italian, with Father Moro is available online(a).

Italian Atlantology can be traced back to the 16th century when Fracastoro, Garimberto and Ramusio, identified the Americas as Atlantis. In fact, we should look to the 15th century when Ficino was the first to translate Plato’s entire works into Latin giving medieval Europe its first access to the complete Atlantis texts. Not much happened until 1788 when Carli attributed the destruction of Atlantis to a close encounter with a comet. In 1840, Angelo Mazzoldi proposed Italy as the location of  Atlantis and as the hyper-diffusionist mother culture of the great civilisations of the Eastern Mediterranean region. He was followed by others such as Giuseppe Brex(b).

Two years after Donnelly published his Atlantis in 1882  the Italian, D’Albertis followed him and opted for the Azores as the remains of Atlantis.

Not much developed in pre-war Italy apart from Russo’s journal which ran from 1930 until 1932. After the war, other Atlantis journals were established by Gianni Belli(d) in 1956 and Bettini in 1963 and reportedly one in Trieste by Antonio Romain & Serge Robbia(c).

After that, there was a wide range of theories advanced by Italian researchers. Spedicato located Atlantis in Hispaniola, Stecchini opted for São Tomé, Barbiero, who although Croatian by birth was an admiral in the Italian Navy nominated the Antarctic as the home of Atlantis before the Flem-Aths published their Antarctic ideas. Bulloni chose the Arctic, Pincherle identified the Mandaeans as the last of the Atlanteans and Monte links Thera with Tarshish.

In recent years the most widely reported Atlantis theory to emanate from Italy came from Sergio Frau who advocates Sardinia as the original Atlantis. However, this idea is not new having been promoted by Poddighe in 1982. Frau has subsequently been supported by other commentators such as Tozzi and Novo. I cannot help feeling that there might be a trace of nationalism underlying this theory, a suspicion that I have held regarding writers of other nationalities.

The latter end of the 20th century saw the development of the Internet which enabled the instant promotion of Atlantis theories, both silly and serious, to a global audience. Italy was no exception, where websites, such as Edicolaweb that are sympathetic to the exploration of historical mysteries emerged(a).

More recently, Marin, Minella & Schievenin had The Three Ages of Atlantis[0972] published in 2014. This is an English translation of their original 2010 work. In it, they suggest that Atlantis had originally existed in Antarctica and after its destruction survivors established two other Atlantises in South America and the Mediterranean. Perhaps more credible is the theory of Capuchin friar, Antonio Moro who, in 2013, suggested that Atlantis had included Iberia, the south coast of France and the west coast of Italy![0974]

> I must include here a mention of the website of Pierluigi Montalbano where he and various guest authors have written many interesting articles, particularly about Sardinia and its Nuraghic past as well as Atlantis. The site is well worth a browse and as it has Google Translate built-in it is accessible to all(e).<