In Frank Joseph’s Discovering the Mysteries of Ancient America[934.217] a chapter by Kenneth Caroli has offered evidence that Olmec Mexico was the Land of Punt in Egyptian legend.

Clyde Winters has published his views that the Olmecs were descendants of Atlanteans who came from Libya in North Africa.   However, another afrocentrist Paul Barton claims(c) that the Olmecs came from the Mende people of West Africa who are now one of the principal ethnic groups of Sierra Leone.

A Mexican engineer, Eduardo Robles y Gutierrez, while working in Vera Cruz, discovered the foundations of an ancient city about 30 miles from the coast, in and near what is now the jungle covered region of San Lorenzo Tenochtitlán. He has identified that ancient city, with its concentric channels lined with high banks, as had Plato’s Atlantis. The site had been pillaged by the Spanish who consigned considerable treasure back to Spain. His investigations were also published in Mexico as La Atlántida Está en México[480].

A Mexican website(b) informs us that there is a village called ‘Atlantis’ in the Municipality of Cacahoatán (State of Chiapas). It has 8 people and is on a height of 550 meters. 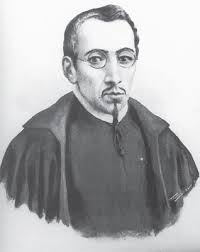