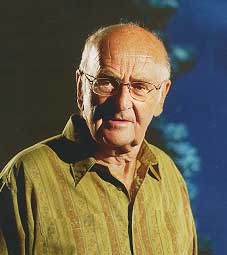 Zdenek Kukal (1932-2021) was a respected geologist and oceanographer who worked at the Czech Geological Survey, Prague.

As a ten-year-old, he witnessed how in the aftermath of the assassination of Reinhard Heydrich “a lot had changed. We were stuck at home, never leaving anywhere. Patrols were walking by, sometimes we heard some distant shooting, and then they began with the night searches. From apartment to apartment, from house to house, one after another. Wehrmacht, police, Gestapo. It ended up well at our house – they found nobody.” (a)

He wrote a volume debunking the more extreme ideas regarding the Bermuda Triangle. In 1978, he published, in Czech, Atlantis in the Light of Modern Research, while a few years later Earth Science Reviews (Vol.. 21, 1984) devoted a special issue of a revised version, in English,  translated by Cesare Emiliani. Kukal favoured Santorini as the ‘inspiration’ behind the Atlantis story but as he stated, in a paper delivered to the 2005 Atlantis Conference on Melos, the story is fundamentally ‘pure fiction’. 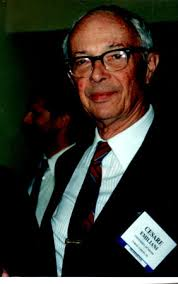 orn in Bologna, Italy and is often referred to as the founder of paleoceanography. In 1975,  at the University of Miami, Emiliani reported measuring deep-sea cores, taken from the Gulf of Mexico, that demonstrated a shockingly rapid rise of about 325 feet in the world’s sea level — a rate of metres per decade — around 11,600 years ago.>He suggested that the rupturing of Ice Dams at the end of the last Ice Age and the resulting floods may have given rise to worldwide flood myths, such as the biblical Deluge(a).<

When he also remarked casually that this was exactly the time Plato had given for the fall of Atlantis his offhand remark was met with severe comments from his peers.

In conversation with Peter Tompkins, he suggested that putative Atlantis sites such as the Azores, Spain and locations off the East Coast of the United States could all have been part of the Atlantean empire [802.193].

Emiliani was the translator of Zdenek Kukal’s book Atlantis in the Light of Modern Research (Earth Science Reviews Vol.21).