Zarathustra (Greek Zoroaster) was the founder of Zoroastrianism, the pre-Islamic religion of Iran and arguably established the first monotheistic faith. Aspects of its basic tenets are to be found within today’s Abrahamic religions and is claimed to have 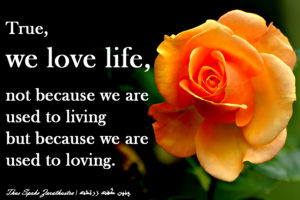 even influenced aspects of popular culture, such as Star Wars and Game of Thrones(a).

Zarathustra is generally accepted to have preached in the 7th century BC, but this is disputed, as is the question of whether the name refers to one or a number of people. Mary Settegast quotes[545] the Iranologist, Wilhelm Geiger (1856-1943), who supported[597] the view of a number of classical Greek writers who believed that Zarathustra lived 6,000 years before the death of Plato. Geiger quotes an ancient commentary that suggests that Zarathustra was ‘Greek or one of those who came forth from the Continent on the other side of the great sea’, which he speculates might have been Atlantis.

Graham Hancock has referred to Zarathustra at length in his Magicians of the Gods[1119],  while an extensive internet article(b) discusses details of Hancock’s opinions as well as highlighting the range of dates attributed to Zarathustra in the following excerpt; “Exactly how old Zoroastrianism is has not yet been satisfactorily established by scholars, since even the lifetime of its prophet Zarathustra (better known as Zoroaster) is uncertain. Indeed, as Columbia University’s authoritative Encyclopedia Iranica admits: ‘Controversy over Zarathustra’s date has been an embarrassment of long standing to Zoroastrian studies.’

The Greek historians were amongst the first to address themselves to the matter. Plutarch, for example, tells us that Zoroaster ‘lived 5,000 years before the Trojan War’ (itself a matter of uncertain historicity but generally put at around 1300 BC, thus 5,000 plus 1,300 = 6300 BC). A similar chronology is given by Diogenes Laertius, who relates that Zoroaster lived ‘6,000 years before Xerxes’ Greek campaign’ (i.e. around 6480 BC). More recent scholars have proposed dates as far apart as 1750 BC and ‘258 years before Alexander’ (i.e. around 588 BC). Whatever the truth of the matter, it is agreed that Zoroaster himself borrowed from much earlier traditions and that Zoroastrianism, therefore, like many other religions, has roots that extend very far back into prehistory.”

Settegast has now published a second book[546] on the time of Zarathustra.

>(a) The obscure religion that shaped the West – BBC Culture (archive.org)

(b) The Zoroastrian Texts of Ancient Persia & What They Reveal About Advanced Ancient Civilizations – Collective Evolution (archive.org)<

King Ninus is frequently attributed as the builder of Nin-eveh, in which his name is preserved. Nineveh, is today encircled by the modern city of Mosul in Iraq and is reputed to have been the largest city in the world 2,700 years ago.

Controversially, Nineveh has recently been claimed(a) as the true location of the legendary “Hanging Gardens” rather than Babylon as a result of an earlier mistranslation!*A more radical idea has come from Constantinos Ragazas, who insists that Göbekli Tepe is the site of the Hanging Gardens(d)!

Anton Mifsud has used the reign of Ninus as an anchor for his preferred date for the destruction of Atlantis of around 2200 BC. He points out[209] that Eumelos of Cyrene dated the demise of Plato’s island to the reign of Ninus and links this with the calculation of the Roman historian Aemilius Sura (2nd cent. BC)  who placed the reign of Ninus around 2192 BC.*A number of other authorities attribute similar dates to his reign as recorded by John Jackson in volume one of his 1752 Chronological Antiquities[1555.251].*

David Rohl, a leading advocate for a radical revision of the accepted chronology of the Eastern Mediterranean and Middle East, identifies Nimrod as the great grandson of Noah and goes further with a claim[230] that he was also known as Enmerkar, King of Uruk, and places his reign around 2900 BC. On the other hand The American Encyclopaedia opts for a date circa 1230 BC.