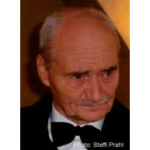 *He updated his website(c) and the English translation of Der Atlantis Codex in December 2019.*