Ancient Chronology is a subject fraught with difficulties(a) as well as the focus of intense academic debate, particularly over the past half-century.

Archbishop Ussher (1581-1656) calculated the date of creation to have been October 23rd 4004 BC(d). Incredible as it may seem, even today (2019), there are still people prepared to give further consideration to his ideas (c)(e).

Sir Isaac Newton (1642-1727) became the first ‘modern’ revisionist of accepted ancient chronology. His work was heavily criticised and few serious advances were made until the development of  Egyptology following Napoleon’s invasion of Egypt at the end of the 18th century.

Difficulties with details of Egyptian dating slowly accumulated, particularly when endeavouring to align it with Greek, Minoan and other eastern chronologies. The scholarly debates became very public in the middle of the 20th century with the eventual publication of Ages in Chaos by Immanuel Velikovsky and the attempts made to suppress it altogether. The refining of Velikovsky’s theories followed, with important contributions by S. Talbott, Edward Schorr and John Bimson.>Some have accused Velikovsky of being over-dependent on his belief in the inerrancy of biblical chronology.<

The Society for Interdisciplinary Studies (SIS)(b) was founded in 1974 and produces regular publications. This was followed a few years later by three important books[229][230][232] by David Rohl and Centuries of Darkness [046] by Peter James,  who also wrote The Sunken Kingdom in which he places Atlantis in Turkey. Rohl & James were in agreement on many details, but fell out over the identity of Shishak (was he Ramesses II or III?),

On the occasion of the SIS Jubilee Conference in 1999 a paper by P. John Crowe was presented, which gave a valuable insight into historical revisionism before and after Velikovsky(a).

Gunnar Heinsohn (1943- ) is Professor Emeritus at the University of Bremen but is also an ardent chronology revisionist, concerned not just with the dating problems of the ancient world(l) but also with difficulties to be seen in the first millennium of the Common Era(m).

One of the most controversial aspects of Plato’s Atlantis story is the old Egyptian priest’s claim that Atlantis was destroyed 9,000 years before Solon’s visit. He also related that Athens, who fought the Atlanteans, was established one thousand years before the Egyptian state or as is more likely, before the foundation of the city of Sais. Apart from anachronisms in Plato’s narrative, the archaeological evidence completely contradicts the dates seemingly offered by the priests of Sais. It is interesting that most of the chronology revisionist debate centres on the second millennium BC which is arguably the most rational timeframe for the destruction of Atlantis based on the Bronze Age references in Timaeus and Critias, provided they are not just anachronistic embellishments.

I should also mention that while the debates regarding the Bronze Age chronologies rage on, further controversy has arisen regarding claims of duplicated centuries in the first millennium of our era. Leading the charge here are Anatoly Fomenko(k) [1823], Heribert Illig(h)(i)(j) and Gunnar Heinsohn(g). A keen supporter of Fomenko’s work is Garry Kasparov the former World Chess Champion(p). A more critical view of Fomenko’s work is on offer from Stephen Sorensen(s).

Up to this point, I have outlined some of the problems and theories concerning the accurate alignment of specific events with particular years. A clash of archaeology and accepted history, secular and religious. has generated libraries of debate. However, our problems do not end with the counting of years, but contention has also arisen over the length of the day before the seventh century BC. Evidence is available to show that there was a 360-day year in use around the world in those ancient times.

Some religious sites have proposed that before the Deluge we had a 365-day year, then it changed to 360 days and then reverted to the current 365.2422 days(q). By way of complete contrast Danny Faulkner, a creationist astronomer rejects the idea that the world was created with a 360-day year, although it is a view held by many creationists(r).

William Whiston was one of the first ‘modern’ commentators to conclude that in very ancient times a 360-day year was used(n). More recently, Immanuel Velikovsky devoted a chapter of Worlds in Collision to The Year of 360 Days(o). The Brit-Am movement endorsed Velikovsky’s views in this regard, as does William F. Drankenbring.

(i) Did the Early Middle Ages Really Exist? (ecplanet.org) 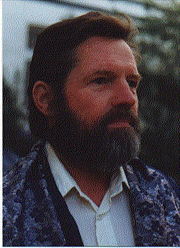