>Doug Fisher is the author of a long-awaited book with the intended title of The Atlantis Maps: The Rise of Atlantis and the Fall of a Paradigm in which he identifies Atlantis as North and South America with the Plain described by Plato being the region of Mesopotamia, in northeast Argentina. The book was eventually published in 2018 as Maps, Myths and Paradigms [1924] with details of its contents listed on his website.(c) Four chapters had been available online(a) together with a few additional articles.<

Fisher has published an illustrated paper on Graham Hancock’s website with the self-explanatory title of The Walls of Atlantis(b). His suggestion of a huge outer wall encircling the city of Atlantis has been disputed by Jim Allen, provoking further comments(c) from Fisher.

He has also criticised the methodology, which Allen used to place Atlantis on the Altiplano(d), while I question the credibility of both their theories.

>When Fisher’s book was finished and due for publication with its new title, he closed his old website and prepared a new site(e) to coincide with the publication of the book.

Fisher has published two other papers(f) on Hancock’s website relating to the maps of Johannes Schöner and Oronteus Finaeus.< 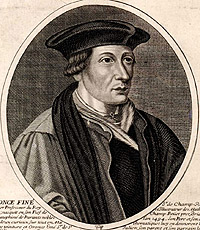 However, a contrary view has been expressed by Paul Heinrich who commenting on Graham Hancock’s assertion that the map shows an ice-free Antarctica, points out that in the case of West Antarctica, the underlying bedrock is, in the main, hundreds of feet below sea level and would not show on a real map of the region(c).

A more recent website(b), although not endorsing an Antarctic Atlantis, discusses some of these old maps in very great detail and on Graham Hancock’s website. The site is based on a number of chapters from a work-in-progress, The Atlantis Maps: The Rise of Atlantis and the Fall of a Paradigm by Doug Fisher. He identifies the Plain of Mesopotamia in Northern Argentina as the location of Atlantis.

Nigel Appleby (a.k.a. Major Niall Arden) is the ‘author’ of Hall of the Gods[076], which purported to identify the location, in Egypt, of the Hall of Records that is supposed to contain the accumulated knowledge of an advanced worldwide civilisation that preceded the ancient Egyptians.

The author wrote of ‘Atlantis’ being “really just a symbolic name for the previous worldwide civilisation that existed prior to the last reversal of the Sun and Earth’s magnetic fields and the subsequent cataclysm that followed.” He then added that most of this civilisation still exists, virtually intact, beneath the Antarctic ice (p.363). He also claimed to have identified Nibiru in Sumerian texts independently of Zechariah Sitchin and to have deduced that it is “about the size of Earth and nearer than anticipated.”

He also announced the establishment of ‘Operation Hermes’, which had the objective of locating the Hall of Records near Giza(c) as well as other expeditions to Central & South America, China and Antarctica (p.378). Operation Hermes was abandoned when the Egyptian authorities refused permission for the expedition.

Shortly after the publication of the book in 1998, the publishers had to withdraw it from sale following claims of plagiarism by a number of other authors(a). Lynn Picknett & Clive Prince reveal some of the details of this episode in their Stargate Conspiracy [705.97].>Ian Lawton & Chris Ogilvie-Herald also devote a chapter of Giza the Truth [1690] to ‘The Appley Affair’ giving more detail, particularly the battle that Ralph Ellis had to demonstrate that large chunks of his book, Thoth: Architect of the Universe, had been used by Appleby.<

The whole matter was further confused when Graham Hancock and Robert Bauval along with Colin Wilson, Andrew Collins, Christopher Knight, Robert Lomas, Simon Cox and Alan Alford issued An Official Statement Regarding Operation Hermes(a) declaring that they were unaffiliated with Operation Hermes, then and in the future.

Lightning struck twice when the second book of Appleby’s, Desert Fire, was also withdrawn from sale within days of publication in 2006!