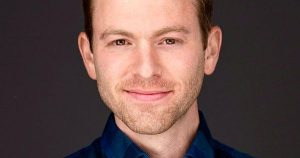 Jimmy Corsetti is the owner of the YouTube channel Bright Insight which deals with a range of what is considered ‘fringe’ subjects. Over the past few years, he has been advocating the Richat Structure as the remains of Atlantis, despite a total lack of archaeological evidence and so much scientific support for its identification as a ‘salt dome‘.

Corsetti was overjoyed and felt vindicated when David Edwards published Atlantis Solved [1926] in April 2022 which also endorsed the Richat Structure as Atlantis. However, Edwards admits that he has built his claim on Corsetti’s earlier ideas regarding Richat and is only offering an echo.

David Edwards is the author of Atlantis Solved: The Final Definitive Proof [1296], a slender 99-page volume published in 2022 that endeavours to prove that the Richat Structure was the location of Atlantis. The author claims to have been inspired by videos by Jimmy Corsetti, on the Bright Insight YouTube channel, who has been promoting the Structure as Atlantis for the past four years.

This identification has no archaeological or geological evidence to support it and more importantly, it conflicts with Plato’s account. These shortcomings are dealt with in greater detail in the Richat Structure entry here.

The Osirion Civilisation is a term recently concocted to describe the peoples of the antediluvian Mediterranean region including pre-dynastic Egypt. The Osirion at Abydos is offered as an example of their architecture. The concept has been promoted by David Hatcher Childress in one of his books[0620] in the ‘Lost Cities’ series. Inevitably, the internet has taken up this highly speculative idea.

A 2021 video clip(a) presented by Jimmy Corsetti offers evidence that the Osirion was built 7,000 years ago allegedly by a civilisation that not only flourished before pharaonic Egypt but was global in extent! 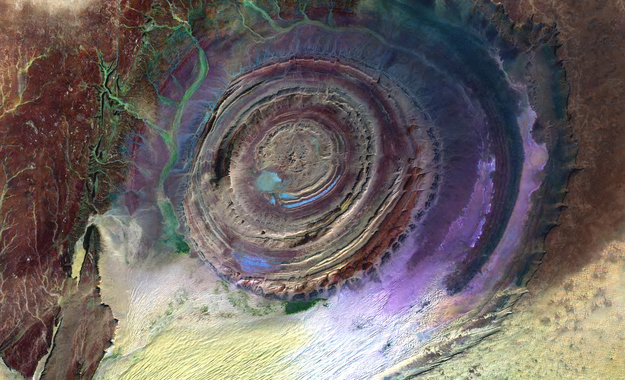 In 2006 George S. Alexander and Natalis Rosen were struck by the similarity of the Richat feature with Plato’s description and decided to investigate on the ground. Instability in the region prevented this until late 2008 when they visited the site, gathering material for a movie. The film was then finalised and published on their then-newly-established website in 2010(c).

It was in 2018 that Corsetti published a video promoting the Richat Structure as Atlantis, which received extensive coverage. Steven Novella, a well-known Atlantis sceptic, published an article debunking Corsetti’s ‘evidence’ in some considerable detail(s). However, while I would endorse Novella’s arguments(l) regarding the Richat Structure,  I strongly disagree with Novella’s closed-minded attitude towards the existence of Atlantis as well as Corsetti’s attention-seeking location choice for Plato’s island. I would add that Corsetti has his date wrong and that to launch an attack on Athens nearly 4000 km away by land (3000 km by sea) from the ‘Structure’ is logistical nonsense.

Not unexpectedly, Jason Colavito has a few thoughts to add to this latest Atlantis in Sahara kerfuffle(h).