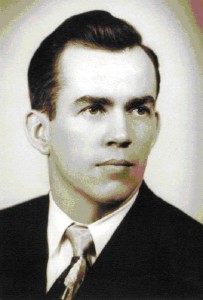 Conor MacDari was an early 20th century writer who expressed a number of bizarre ideas that invited comparison with Comyns Beaumont. Among the delights offered by MacDari were:

Adam and Eve were both born in Ireland.

The Bible was originally written in Irish, not Hebrew.

The events of the Old Testament took place in Ireland.

The so-called Hebrew is but an artificial sacerdotal dialect of an ancient Irish priesthood.

The most ancient code of laws on earth were established in Ireland.

The origin of the pope traces back to the Irish Druids.

The Irish built the Great Pyramid of Giza.

All the ancient British kings derived from Ireland.

And of course, that Atlantis was based in Ireland.

All this and more are contained within his book, Irish Wisdom Preserved in the Bible and Pyramids[1157] and sections of it published separately, such as The Bible: An Irish Book [1158]

Ireland according to James Bramwell [0195.181], was first identified with Atlantis as early as circa 1250 AD in the Speculum Regale (The King’s Mirror)(g) which was written in Norway. Apart from that, Ireland was less controversially was first suggested in the 18th century as a possible location of Atlantis by the English geologist John Whitehurst. The idea lay dormant for over a century until the early part of the 20th century when George H. Cooper [236]  suggested that Cork harbour fits Plato’s description of the harbour of Atlantis. Fifty years later an official guidebook claimed that one of the outposts of Atlantis was to be found on the west coast of Galway. As a nation famed for its storytelling we have never let truth stand in the way of a good tale.

The mythical Hy-Brasil was shown west of Ireland on maps as early as 1325 and incredibly, was not removed from naval charts until 1865. The UK’s Daily Star (21/5/16) with typical tabloid accuracy told its readers(f) that Hy-Brasil was off the coast of ‘Britain’!

In 1976, Steiner Books, New York, republished a book under the misleading title of Atlantis in Ireland. One may be excused for viewing this as a blatant case of exploitative opportunistic publishing. The original text was written by Henry O’Brien and  published in London (1834) as The Round Towers of Ireland. Apart from being written in the rather turgid English of the period, there is not a single reference to Plato or Atlantis to be found in that volume.

Diodorus Siculus, in a well-known passage (Bk 1.158), that is claimed by some as a reference to Ireland(h), describes it as ”an island in the ocean over against Gaul, to the north, and not inferior in size to Sicily, the soil of which is so fruitful that they mow there twice in the year.” Some consider this to be reminiscent of the Platonic reference to the two crops a year gathered in Atlantis. However, I am more inclined to think that Diodorus was referring to Britain. Diodorus also mentions the Irish singular temples of ’round form’, however, this seems too early to be a reference to the round towers and more likely to be an allusion to the astronomically aligned mounds such as Newgrange, Dowth and Knowth in Ireland or Stonehenge in Britain!

Bob Quinn has written and lectured on possible ancient cultural links between North Africa and Ireland. This idea may have been reinforced by a number of 19th century reports that visitors from North Africa were able to understand the Irish language!(i)

In 1923, Conor MacDari, who’s eccentricity was comparable with that of Comyns Beaumont, published Irish Wisdom Preserved in the Bible and Pyramids [1157], which among a litany of bizarre claims, proposed that Atlantis had been located in Ireland.

When Ignatius Donnelly came to the subject of Ireland, he attributed an Atlantean origin to so the various waves of settlers that came to the post-glacial island. He substitutes evidence with assertion and speculation. Donnelly further claimed that the famous round towers of Ireland are proof that the people of Atlantis settled in Ireland.

More recently Ulf Erlingsson, a Swedish geographer, insisted that with a claimed probability

factor of 99.98%, that his interpretation of Plato’s text demonstrates that Ireland was home to Atlantis [319]. The subtitle of the book, Mapping the Fairy Land, is probably a good guide on how seriously to take this book, particularly as it is by an author who hails from the land of the original Trolls.

In March 2008, it was reported that a Dr. Jac Hummer had mounted an expedition to South America with the intention of discovering the remains of St. Patrick under a pyramid there. But it gets better – he then explains that such a discovery will prove his theory that Ireland is Plato’s lost island of Atlantis!I can only conclude that this is a hoax story.

Irish legend speaks of the Domnu, people of the deep sea from a land that disappeared beneath the waves. However, Ireland is still above the waves and in contrast to Plato’s statement that even in his time the location of Atlantis was marked by impassable shallows. Since sea levels have generally risen only slightly since Plato lived, he cannot have been referring to Ireland.

John Douglas Singer in his slender book, Ireland’s Mysterious Lands and Sunken Cities [828], has carried out an investigation into the ancient legends of Ireland and their possible connection with Plato’s Atlantis. He points out that Ireland has the greatest number of legends relating to sunken cities and islands! He draws on the works of Egerton Sykes and Lewis Spence among others.

Ireland was also nominated by Thomas Dietrich as an early colony of Atlantis in The Origin of Culture.

Somewhat incongruously, the website of extremist, Dejan Lucic, has an extensive and fully referenced article entitled The Irish Origins of Civilisation(a), including not a few controversial sources such as, Comyns Beaumont, Ralph Ellis and John Gordon.

Around 2010, a father and son team Francis J.Ward & Francis P.Ward seeminglly published their first book The Truth Against the World-Red Phoenix Rising & the Return of the Thunder Gods [1156], in which they express the view that “Atlantis was a global, maritime empire based in Ireland”.(c)

In 2013, Skender Hushi informed the world that Albanian had been the original language of Ireland and Atlantis! Another equally odd claim came from Zoltán Simon who proposed that the ancient Hun Calendar came from Ireland [0549.147]!

In July 2020, Erlingsson’s Atlantis in Ireland theory was recycled by a website(j) with the title of ‘Keystone University’. It promises to build a world-class enterprise centre in Ireland in 2025. The site implies that Keystone has the support of Brian Tracy, an American self-development speaker. While Keystone seems to focus on business success and personal development, it incongruously includes a study of Atlantis a la Erlingsson as part of its course! It has published two papers on the Ancient Origins website(k)(l).

>The Atlantis claims of Keystone were found earlier in January on YouTube and while it ostensibly appeared to add the gravitas of an educational institution to the subject of Atlantis, it was only a smokescreen for an attempt to intice people to sign up for overpriced seminars. Jason Colavito drew attention(m) to this at the time and to the more recent articles on Ancient Origins(n).<