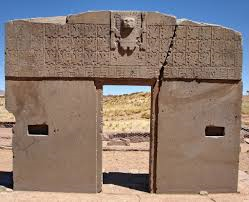 Posnansky also noted that the expected alignments of structures at Tiwanaku were offset by an amount that suggested their construction at a time when they would have been correctly aligned to the cardinal points. He, after many years of study, was convinced that Tiahuanaco was the oldest civilisation on Earth [516] dating it to around 15,000 BC, which he later reduced to 10,000 BC.

Although, as you can see below, Posnansky’s work and particularly his dating of Tiwanaku has been rejected by many, he still has supporters. In Graham Hancock‘s 1995 book Fingerprints of the Gods [275], he supported Posnansky’s date, referring to his work throughout the book. Ian Alex Blease, a devout sceptic took issue with this endorsement (aa). For my part, I note that Hancock was happy to support Posnansky in ‘Fingerprints’, but in America Before [1680], despite its title, he gives Posnansky’s date no mention, perhaps because it clashed with his new date for the destruction of his ‘Lost Civilisation’!

Marin, Minella & Schievenin [972.97]    “Between 1927 and 1930 several scientists, including Hans Ludendorf, at the time director of the Astronomical Observatory of Potsdam; astronomer Arnold Kohlshutter, University of Bonn; Dr Rolf Muller, University of Potsdam and Dr Friedrich Becker, Specula Vatican, meticulously checked the archaeological-astronomical research of Posnansky for accuracy. After three years of work these scientists corroborated his thesis.”

However, R. Cedric Leonard believes that Posnansky’s date addressed all of the mysteries associated with the site and “Thus I think it likely that Tiahuanaco was built at sea level c.15,000 B.C. as an Atlantean port.”(z)

The American archaeologist, Neil Steede, while reviewing Posnansky’s date, thought that a date of 7000-5000 BC was more appropriate(aj).

At the other end of the spectrum, Emmet Sweeney, an ardent chronology revisionist claimed that “most probably, Tiahuanaco was built around the same time as pharaoh Djoser’s Step Pyramid at Sakkara in Egypt. It can thus claim to be among the oldest of human monuments [700.208].” Tiwanaku is conventionally dated between 200 BC and 100 AD, while the Step Pyramid is thought to have been constructed around 2650 BC.

A paper from Marco Antonio Cabero regarding the ‘Gate’ throws a modicum of doubt on its possible use as a calendar. Instead, he focused on the other side of the monument where he claims there is evidence that the ancient people of Tiwanaku knew the ‘golden number’, phi.

“The composition of the front face of the Gate of the Sun in Tiwanaku presents, anthropometric, and bilateral symmetry. On the back side, there are also harmonic proportions but with less significance. These proportions were not found before because the study of the content of its engraving frieze was believed to be a calendar, an idea that has been so widely extended, that any other interpretations were ignored (however, the presence of these proportions does not exclude the possible existence of some type of calendar). The Gate of the Sun may not be part of a temple, but its content could also be considered as the expression of a monument in itself; a work that testifies the importance of knowledge, art, and science [6], [7].”(ac).

However, a more recent, but catastrophic, explanation is offered by Stephen Smith(d) on the Thunderbolts.info website. Perhaps Smith’s ideas might be combined with the studies of George Dodwell to produce a more comprehensive hypothesis. Posnansky’s date is greatly at variance with conventional dating that puts the flourishing of Tiwanaku from 1200 BC until 1200 AD. The latter part of that period roughly coincides with the existence of the Wari Empire, a possible rival of Tiwanaku(e). 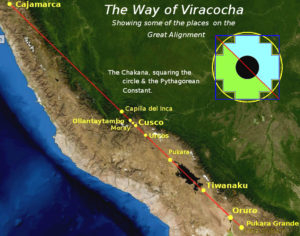 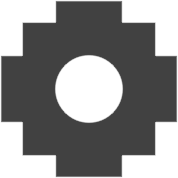 It was reported in October 2013(g) (that a team of Belgian and Bolivian archaeologists had found an assortment of ceramics, gems and gold objects at an apparent ceremonial site beneath the waters of Lake Titicaca, which was sacred to the Incas and Tiwanakus. It was not until 2019 that images of some of the artefacts recovered from the lake were widely published(x).

We cannot leave the matter of mysterious Tiahuanaco without referring to the fact that some miles further south is Lake Poopó beside which Jim Allen is convinced that the city of Atlantis was located. Allen claims that the large plain to the west of the lake is the plain mentioned by Plato as being adjacent to the city of Atlantis. In a recent documentary “Atlantis in the Andes” broadcast by ‘Discovery Civilization’, Allen identified Tiahuanaco as one of the ten kingdoms of Atlantis. However, I cannot help noticing that while Tiwanaku, claimed to be 17,000 years old, provides us with an astonishing wealth of structures and finely dressed stone, Allen’s chosen Atlantis site, Pampa Aullagas, offers little more than rubble!

Another supporter of an Andean Atlantis is Sean Bambrough, who has been developing a theory since 1999 that identifies Tiwanaku as the city of Atlantis(h). He has now published his magnum opus on the academia.edu website(ae).

In February 2015, Marcelo Ozorio also suggested a link with Plato’s Atlantis and most interesting is the huge number of images included on his site(i). There is also a large collection of related images on a YouTube clip(m).

In 2008, David E. Flynn brought to public attention an astonishing series of satellite photos(a) that show a vast network of the remains apparently of man-made structures that extend for many miles around Lake Titicaca. These ‘geoglyphs’ encompass Tiahuanaco.

The most remarkable collection of early photos of the Tiwanaku site can be found on the Above Top Secret website(b). The accompanying text makes a strong case for treating the location as archaeologically contaminated and as a consequence that many of the dates proposed for the site should be considered suspect. Other mysteries are the fact that saltwater Lake Titicaca contains known sea life and that old waterlines are slanted(c).

Joseph Davidovits who controversially proposed that Giza’s Great Pyramid stones had been cast rather than carved has also claimed that other well-known structures had been created in a similar manner, such as at Tiwanaku and Puma Punku in Bolivia(ah) and Easter Island(ai).>He offers scientific evidence to support this claim in a very interesting video(ak). My objection to his cast rather than carved hypothesis, particularly in relation to Easter Island, is that partially finished statues are visible today in a quarry still attached at the back to the rock from which they were carved as well as some of the tools used for the job. Images of these can be seen in Thor Heyerdahl’s Aku-Aku [1938].<

Brien Foerster is an American writer who now lives in Cuzco, the former Inca capital in Peru. He has studied the ancient cultures of the Andes and believes that many predated the Incas and had advanced technologies that permitted the precise drilling of stone(af), the quality of which he has compared with examples found in Egypt and like Chris Dunn concluded that their level of accuracy could not have been achieved without possession of a high technology, now lost(ag). He has expanded on this in his 2014 book, Lost Ancient Technology of Egypt [1487].

(ad) (PDF) Mathematics in Tiwanaku-The gold number in the gate of the sun (researchgate.net)