He explains that originally Greenland was situated opposite the Strait of Gibraltar and that tectonics gradually brought it to its present position, ‘not long ago’. However, he does not explain how Greenland moved but Spain and northwest Africa remained where they were and still are. 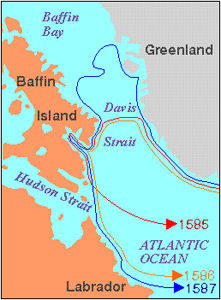