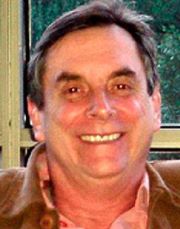 Pareidolia is the technical term to describe the human tendency to mentally construct familiar images from random visual stimuli, both dynamic and static, such as clouds, fires, mountains, trees, toasted bread, vegetables etc., etc., etc. The links below(a)-(e) give many examples, some funny, some pathetic. The Fortean Times magazine provides regular examples.

Readers will by now be asking what this has to do with Atlantis. Well quite frankly, very little, except that a recent book by the Columbian author, Santiago Martínez Concha, entitled Atlantis devotes a large part of this slender volume to photos of mountains where pareidolic images of heads are claimed to have been carved by ‘giants’ which the author identifies with the nephilim of the Old Testament. The book is available as a free Kindle download(f) and quite frankly it is overpriced at that. [offer no longer  available as of April 2014] 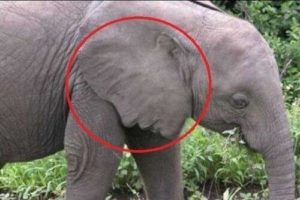 Perhaps even more pertinent is the claim by Doug Yurchey that Atlantis had been situated in the Atlantic and connected to twelve colonies by a perfect grid(g), one of which was in Canada and marked by an Indian head! This perceived image is a classic case of pareidolia. 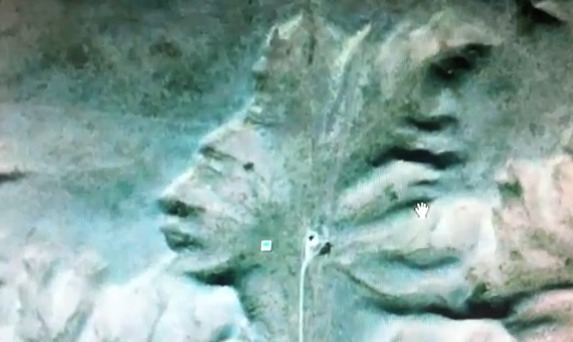 Another example is what is known as ‘The Carpathian Sphinx’ in Romania’s Brucegi Natural Park. A pathetic attempt to construct a serious theory linking this natural rock formation with the Egyptian Sphinx is the subject of a 2014 feature-length YouTube video by filmmaker Oana Ghiocel(h).

A collection of 20 images with a claimed religious significance has been published on the website of The Telegraph website in the UK(i). 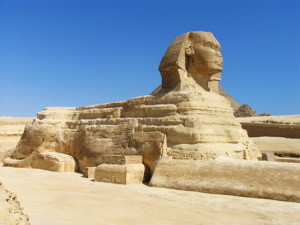 >Jason Colavito has added that “Schwaller de Lubicz got it from Gaston Maspero, who adopted it from Auguste Mariette, who came up with it because he mistook a Ptolemaic stela for an Old Kingdom one and therefore mistook a myth on the Inventory Stela(t) for a historical account.”(s)<

John Anthony West was inspired by the writings of de Lubicz and enticed the American geologist Robert Schoch to inspect the Sphinx and give his professional assessment of the age of the monument. Schoch‘s conclusion was that the Sphinx had suffered extensive water erosion and should be dated no later than 7000 to 5000 BC. On a second trip to the Sphinx Schoch and West brought Thomas Dobecki, a geophysicist, to carry out additional tests. The results reinforced Schoch’s initial conclusions. However, Colin Reader, an English geologist, disputes Schoch’s conclusion(I) and explains why in an extensive 1997/9 paper(j).

When Schoch announced his findings they were greeted with hostile criticism from conventional Egyptologists. However, experts in Schoch’s discipline have agreed in growing numbers with his published views, but the debate is far from over. For an overview of the case for an early date follow this link(b). 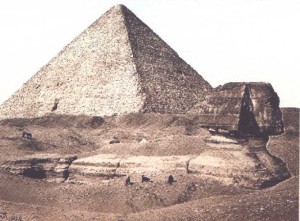 One Egyptologist who postulated an early date for the Sphinx was Cairo-born Moustafa Gadalla, who concluded that “there is no other rational answer except that the water erosion occurred at the end of the last Ice Age c.15,000-10,000 BCE”(e).

These proposed early dates pale into insignificance when contrasted with the claims made by two Ukrainian researchers at a conference in Sofia in 2008, when they proposed a date of 800,000 years ago(n). 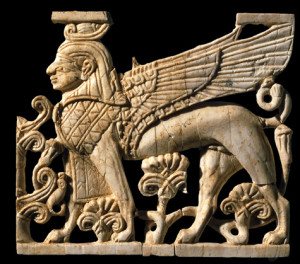 It should also be kept in mind that sphinxes were found in a number of other cultures particularly Mesopotamia (see image right). Further east in India we have the Purushamriga(q), while in Burma the sphinx is known as a Manussiha. Back in the Mediterranean many images of sphinxes have been discovered in Greece, where lately (2014) two sphinxes were recently found in a 300 BC tomb(g), each weighing about 1.5 tons. However, in my opinion, the claim(o) of a huge sphinx in Romania’s Carpathian Mountains is nothing more than a case of mistaken identity, a good example of pareidolia.