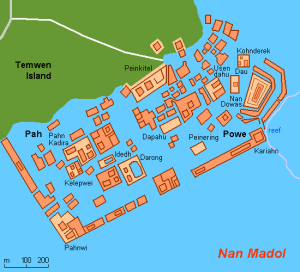 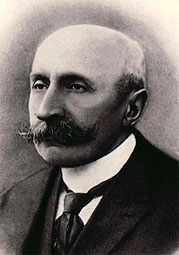 One of the most bizarre and tragic outcomes of Plato’s 2,400-year-old story is the fact that it was seized upon by elements in the Nazi regime as part of the foundation for their extreme nationalistic and racist views. The Nazi search for Atlantis was institutionalised with the creation of the SS Ahnenerbe by Heinrich Himmler.

Vanessa Ward has written a useful review of the nationalistic use of the Atlantis story by both Rudbeck and the Nazis(a).

Since the war, Nazi philosophy has persisted in a variety of forms, the most extreme being the killing of 77 people by the Norwegian, Anders Breivik in 2011.

Less violent were the writings of Miquel Serrano who offered what he called ‘Esoteric Hitlerism.’(b) Other Nazi factions are outlined in Joscelyn Godwin‘s book, Arktos[0789].

From the calm of 21st century rural Ireland, it seems incredible to this compiler, that something as horrific as the Jewish Holocaust could have had any connection, however vague, with the writings of a Greek philosopher who wrote nearly two and a half millennia ago.

Thorwald C. Franke has highlighted(c) that recently(2017), a small German right-wing group, ‘Pro Deutschland’, has cited on their website the ‘superior civilisation’ of Atlantis in support of their extremist views.

More recently (2021), Franke has taken issue with a Smithsonian video, which implied that a belief in Atlantis was prevalent among the upper echelons of Germany’s National Socialism. However, Franke maintains that apart from Himmler, most senior Nazis, including Hitler had no interest in Atlantis. Anyway, when Franke wrote to the Smithsonian pointing out how they had overstated this Nazi support for Atlantis, he found that his comments were blocked and the same institution failed to respond to a follow-up email(d)!>In a subsequent newsletter (No. 173), he added further evidence that most of the top Nazi echelons had little or no interest in Atlantis(e).< 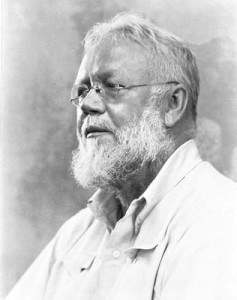 who, at the age of 24, had been head chemist to Thomas Edison. He was Professor of postgraduate Mathematics and Electrical Engineering, Western University of Pittsburgh and Engineering Commissioner, Ontario Power Commission. While there he took on the challenge of wireless communication and he made his first radio voice ‘broadcast’ on Christmas Eve, 1906, at a time when Marconi was still signalling in Morse code. In fact, his first voice transmission was on December 23rd 1900 which was heard one mile away.

Fessenden investigated an ancient civilisation in the Caucasus and identified it as Atlantis. The famous Egyptologist Flinders Petrie was interested in his work, which revealed evidence that people from the Caucasus had an influence on the development of ancient Egyptian culture(b). Dr Margaret Murray (1863-1963), who worked with Petrie, was also sympathetic to this view. More recently, Ronnie Gallagher has taken up this cause(c) and has gone further by suggesting the possibility that not only were migrants from the Caucasus responsible for kick-starting the development of Egyptian culture but that people from the same region had a similar influence on the early inhabitants of Sumeria and the Indus Valley.

>Fessenden approached the Smithsonian seeking help with organising an expedition to Russia to search for evidence in support of his theories. Their response of March 1924 is available online(e).<

Fessenden was also the author of The Deluged Civilisation of the Caucasus Isthmus published in three parts between 1923 and 1933 and now available on the Internet(a). In this extensive work, he discusses an alternative interpretation to the geography of early Greek myths and its consequences for Plato’s story of Atlantis.

In 1940, Fessenden’s widow, Helen, just a year before her own death, completed Reginald’s unfinished autobiography [1615]. In Chapter 28, his support for Atlantis being situated in the Caucasus is reiterated. 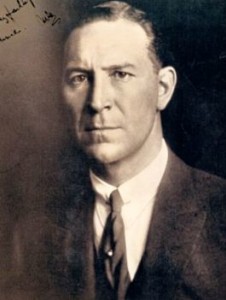 Mitchell-Hedges promoted the idea that Roatan Island or more specifically the smaller island, Helene, at its eastern end, which he described as “the highlands of a vast continent submerged by the Flood”(d) and was a remnant of Atlantis and that its original inhabitants were survivors of its destruction.

>The Milwaukee Sentinel of February 10, 1935, regaled the world with the claim by Mitchell-Hedges that “I found the cradle of civilization in Central America.” He also speculated that it might be “possible that the light of civilization did not travel west but east – and from that supposedly mythical land ‘Atlantis’?” He added that “I hesitate to estimate the age of this civilization. My own “speculations” – I call them that, even though certain bases for a calculation exist – lead me to the view, certainly no later than 15,000 BC. flourished, or that they may have flourished beyond 25,000 B.C.”<

His daughter Anna (1907-2007), went even further, with a claim that the crystal skull, which she owned until her death in 2007, had an extraterrestrial origin from where it was brought to Atlantis and from there to Belize where it was finally unearthed. In 1970, Anna was reported, in Sykes’ Atlantis magazine(f), to have written that her father had discovered the skull in a Maya temple in Lubaantun in what was then British Honduras, now Belize!