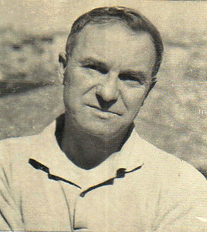 The Hesperides in Greek mythology were the daughters of Atlas. They lived on an island in the far west guarding a tree that bore golden apples made famous in the story of the twelve labours of Hercules who was charged with obtaining some of the apples.

The Hesperides have also been referred to as the Fortunate Islands and is the name applied by classical writers to islands off the west coast of Africa that have been variously identified with the Azores, Canaries or Cape Verde islands. Other opinions place the garden at Gades or on the Atlantic coast of Morocco.

*Gonzalo Fernández de Oviedo y Valdés writing in the 16th century [1117] considered the Antilles in the Caribbean to have been the legendary Isles of Hesperides.*

While the majority of opinion is that the name specifically refers to the Canaries, a minority view espoused by Andrew Collins[072](a) is similar to that of Oviedo, namely that Hesperides refers to the Caribbean, where he is convinced that Cuba had been the home of Atlantis.

Fortunate Isles or Isles of the Blest is a term that has been applied to many islands over the ages but has been consistently described as being ‘in the west’. It is most commonly believed that the term was originally used to describe the Canary Islands, which in turn are considered by many to be remnants of Atlantis.

Peter de Roo identifies Madeira and the Canaries as the Fortunate Islands in a map in his 1900 book History of America before Columbus[0890]..

Macaronesia which is derived from the Greek meaning ‘islands of the fortunate’ is a modern geographical term used to collectively describe the islands of Madeira, Azores, Canaries, Cape Verde and the Savage Islands. The term ‘Fortunate Isles’  is also applied to the Scilly Isles off the coast of Cornwall.

Eugene Pégot-Ogier (1824-1895) was the author of The Fortunate Isles translated into English in 1871[651]. He unequivocally identified the Canaries as the Fortunate Isles referred to in antiquity. He went further and offered his view that the aboriginal Guanches of the Canaries had been part of the Atlantean empire, together with the Berber peoples across North Africa.