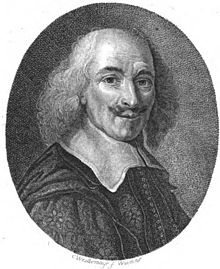 The Kings of Atlantis were, according to Plato, originally the sons of Poseidon and Cleito. They were ten in number and consisted of five sets of male twins. The first-born was Atlas who was given authority over the others, each of whom controlled their own territory. Some commentators reacted with such incredulity to this story, that they have either dismissed this detail or in some cases the entire Atlantis tale as pure fantasy. Of course, it is highly improbable, if not virtually impossible to accept that Clieto had five sets of all male twins. However, we are dealing here with a myth that is an echo of the legends of many other cultures describing their antediluvian origins. Lenormant & Chevallier wrote[424] of this over a hundred years ago:

“…The ten kingdoms of Atlantis are perpetuated in all the ancient traditions. ‘In the number given by the Bible for the Antediluvian patriarchs we have the first instance of a striking agreement with the traditions of various nations. Other nations, to whatever epoch they carry back their ancestors…are constant to the sacred number of ten… In Chaldea (Babylon), Berosus, writing in the third century BC, numerates ten Antediluvian kings whose fabulous reign extended to thousands of years. The legends of the Iranian race commence with the reign of ten Peisdadien (Poseidon?) kings…. In India we meet with the nine Brahmadikas, who, with Brahma, their founder, make ten, and who are called the Ten Petris, or Fathers. The Chinese count ten emperors, partaking of the divine nature, before the dawn of historical time. The Germans believed in the ten ancestors of Odin, and the Arabs in the ten mythical kings of the Adites”.

Cosmas Indicopleustes, in the 6th century AD, contended[1245] that Atlantis was the Garden of Eden and that Plato’s 10 kings of Atlantis were the 10 generations between Adam and Noah!

It may be just coincidence, but Plato tells us that the domain of Atlantis extended as far as Tyrrhenia (modern Tuscany), just south of which was Rome, a city, which according to legend was founded by twin brothers, Romulus and Remus. It has been claimed that the story of their origins are a variation of the story in the Hindu epic Ramayana concerning the twin sons of king Sri Rama, Luva and Kusha(c).

In the same region, Sicily has the legend of the divine Palici twins (Palikoi in Greek).

Although Babylon is supposed to have had ten kings before the Flood, it must be noted that they reigned successively rather than concurrently, as was the case in Atlantis.

Attention has been drawn to the fact that Manetho (c. 300 BC), the Egyptian historian called the first sequence of Egyptian god-kings ‘Auriteans’, which has been seen as suspiciously like a corruption of ‘Atlanteans‘.

Some writers have attempted to link these names with specific regions; such as Atlas with Morocco, Eumelos (Gadeiros) with Gades (Cadiz) and Elasippos with Lisbon. Beyond these three there is very little agreement. Lewis Spence correctly points out “Plato expressly states that these names had been Egyptianised from the Atlantean language by the priest of Sais, and subsequently Hellenised in Critias, so that there is little hope that they were transmitted in anything like their original form.” Spence also commented on the similarity of the Phoenician gods and the early kings of Atlantis, an idea suggested earlier by Ignatius Donnelly.

Even more distant locations were proposed by the French cartographer Guillaume Sanson (1633-1703), who generously distributed the Americas among the ten brothers, allocating Mexico to Atlas.

R. Cedric Leonard is convinced that Manetho’s list of Egyptian god-kings is in fact a list of the first kings of Atlantis and expands on this idea on his website(a). However, in his 1979 book, Quest for Atlantis[0130], Leonard has suggested that the kings of Atlantis were human-alien hybrids and that humans are the result of alien genetic experiments!!

Another site(b) identifies the kings of Atlantis with the pantheon of Phoenician gods, an idea first mooted by Ignatius Donnelly(part IV. chap.III). But Donnelly, also suggested, unconvincingly, that the gods of the Greeks were just the deified kings of Atlantis (part IV, chap. II), while it is also possible that they were just personifications of natural phenomena.

An unusual feature of the Atlantean kings is the meeting every fifth and sixth year. Plato explains this as a way of honouring odd and even numbers. However, Bacon & Galanopoulos suggest[263.152] that in fact this may have been the result of an awareness of the eleven-year cycles of rains.  I believe that this explanation is equally weak and the subject requires further investigation.