Joseph Davidovits (1935- ) is a French scientist who has worked on geopolymers since the 1970s. which can be used to create cement that is economically and ecologically superior to Portland cement.

In the late 1970s, Professor Davidovits shook the world of Egyptology with his claim that some of the blocks used to build the Great Pyramid had been cast rather than carved(a)(e)! This generated a debate that has rumbled on over the past four decades(c). Professor Michel Barsoum supports Davidovits(g), Professor Linn Hobbs of MIT is ambivalent(h), while geologist Dipayan Jana is strongly opposed(i).

Not content with upsetting egyptologists Davidovits has now annoyed archaeologists at other sites with his more recent claims that casting and not carving had also been used at Tiwanaku and Puma Punku in Bolivia(b) as well as on Easter Island(d)!>This proposed connection between the Easter Island moai and South America is explained in an interesting video from Davidovits(j).

I have always been cautiously sympathetic towards Davidovits’ geopolymer theories, However, when I read of his claim that the Easter Island statues were also made with artificial stone, my doubts grew. I consulted my well-thumbed paperback copy of Thor Heyerdahl‘s Aku-Aku [1938] and found images between pages 112 and 113 showing unfinished giant moai in a quarry still with the back part of the statues to be cut free from the rock. The stone tools used for the sculpting of the giants still lay nearby. I am now waiting for Davidovits to comment on Stonehenge!

Furthermore, the claim of casting rather than carving, implies the use of moulds, something that I have never seen represented on the walls of any of the tombs or temples of Egypt nor have the physical remains of any such moulds been found. Compounding this is the fact that sites identified by Davidovits as having used artificial stone, particularly Egypt and Easter Island, suffered from a dearth of suitable timber for making moulds!<

Davidovits has also published a short series of ebooks concerning the Bible and Egypt(f).

The Atlantis Project is a website dedicated to gathering theories on Atlantis(a) . It is written by Robert Longley, an American researcher and poet with four books of verse already published. From my own experience, I appreciate the amount of work that has gone into assembling this site, so I am reluctant to be too critical of his project.

However, Longley follows the von Däniken idea that the Nasca Lines were identified as landing strips, that Puma Punku is 14,000 years old as the long-discredited Arthur Posnansky proposed and claims that Richard Freund discovered evidence of Atlantis in the Doñana Marshes of southern Spain, which he didn’t.

Longley also seems confused by details in Plato’s Atlantis, when he offers the following gem – “Atlantis ended up being attacked by Asia and Europe.”(b)

For me, the entire site appears to smacks of inadequate research, along with a degree of gullibility. 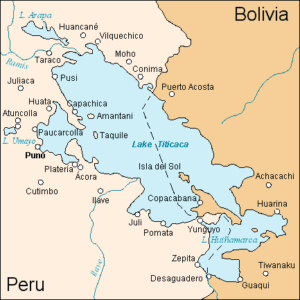 Scott Ogburn is an Adjunct Professor in the department of Landscape Architecture at Temple University, Pennsylvania. His interests include archaeoastronomy, the influence of astronomy on sacred architecture, as well as sacred geometry.

MUFON, possibly the world’s oldest UFO network have sponsored a lecture by Ogburn on the subject of Atlantis entitled Legends and the Sacred Architecture of Ancient Atlantis, touching on structures at the Great Pyramid, the Sphinx, the Osirian Temple at Abydos, the Gateway of the Sun in Bolivia, and the ruins of Puma Punku(a).

>A number of his papers are available on the academia.edu website(b).<

>(b)(99+) (DOC) 2006 National Conference on the Beginning Design Student An Inquiry into the Intersection and Fusion of Astronomical Alignments and Sacred Geometry in the Design Process of Architecture, Foundation Studio | scott ogburn – Academia.edu< 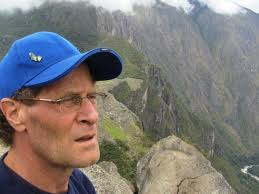 ancient cultures of the Andes and believes that many predated the Incas and had advanced technologies that permitted the precise drilling of stone(a). His fully illustrated Kindle book, Lost Ancient Technology of Peru and Bolivia[0923], provides many examples. The book is worth purchasing for the images alone. There is now a video(d) that complements Foerster’s book.

However, Foerester has recently stepped out of line when he apparently chipped fragments from stones at the Bolivian Puma Punku site with a view to having them tested for age. The laboratory refused to test the fragments as Foerester did not have the appropriate export document from Bolivia(e). It would appear that Foerster is either stupid or criminally irresponsible or both. Apparently, Foerester now claims that the details of this report are inaccurate and may be libellous(f).

This episode is reminiscent of the two German scientists who in 2013 were wrongfully accused of removing part of the ‘Vyse cartouche’ in the Great Pyramid and illegally smuggling it out of Egypt. This was subsequently shown to be a false claim by Zahi Hawass(l).

Elsewhere with regard to Atlantis, he claims “the most plausible idea is that Atlantis was not a single land mass that sank, but was a series of smaller states in the Atlantic area 12,000 years ago.”

In recent interviews, Foerster has proposed that the story of Atlantis is based on an Ice Age civilisation(g). His latest attention-seeking claim is that the Maya visited ancient Egypt, a trip that had some form of Atlantis connection(h).

He has also co-authored with David Hatcher Childress a book on South American cranial deformation and elongated skulls. These are reminiscent of similar skulls found in Malta(c) and Egypt as well as elsewhere around the world and date back many thousands of years(b).

Carl Feagans’ website(j) has a number of articles that are highly critical of Foerster’s methods and motivation. Equally critical is a posting and comments on the newagefraud.org website(k).