Shifu Careaga is an independent researcher based in Kentucky. He has written on a wide range of subjects, with many of his papers available on the Academia.edu website(a). Included in his output is an interesting and up-to-date extensive overview of Atlantis research(b),>as well as a paper On the Origins of Religions(c). He is also an advocate for the Electric Universe theory(d).<

In 1970, Michael Vasin and Alexander Shcherbakov, of what was then the Soviet Academy of Sciences, advanced a hypothesis that the Moon is a spaceship created by unknown beings.(k) These ideas inspired the title of Don Wilson’s 1976 book, Our Mysterious Spaceship Moon [1704].

Neal Adams, a respected graphic artist(s), probably best known for his work on the DC Comics characters Batman and Green Arrow. He is a vocal supporter of the Expanding Earth Hypothesis(t), but, he has gone further and also proposed a growing Moon as well(u)(r). Not content with that, he has extended his expansion investigations to other bodies in our Solar System, such as, Mars, Ganymede & Europa(v). Adams considers the term “Expanding Earth” a misnomer and has named his proposed expansion process ‘pair production’! 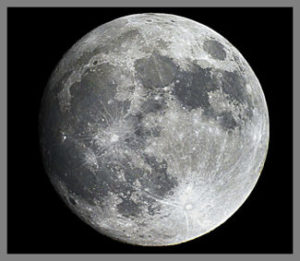 In 1948, an amateur astronomer, L.C. Suggars, endorsed the idea of the Moon as captured planet, based on its diameter/density ratio, which was consistent with that of the other minor planets (Mercury, Mars, Venus & Earth).(w)

John Ackerman, a keen follower of Immanuel Velikovsky claimed that there were two catastrophic events related to “the capture of the Moon into its current orbit,” marking both the beginning and the end of the Younger Dryas period(p).>Although Ackerman was an admirer of Velikovsky’s work, he was also critical of some of his conclusions(x).<

Ticleanu, Constantin & Nicolescu in their paper delivered to the 2008 Atlantis Conference very briefly touched on the origin of the Moon. They claim that our Moon, a former planet, was captured by our Earth sometime within the last 40,000 years [750.368].

Some of the ideas above regarding the origin of the Moon are clearly extremist and are far more radical than a recent theory regarding the Sun proposed by Ev Cochrane, a comparative mythologist, in a YouTube clip(o), where he offers evidence that the Sun as observed in ancient times seemed quite different to how we see it today. This is borne out by the related mythologies and petroglyphs from our ancient past and show a global consistency that cannot be explained by imagination.

Professor Neil F. Comins of the University of Maine challenged his students with the question ‘what if the Moon didn’t exist?’ The responses were interesting (no eclipses) and amusing (a new word for ‘lunatic would be required), but not always correct (no tides). One important consequence would be an eight-hour day(q). 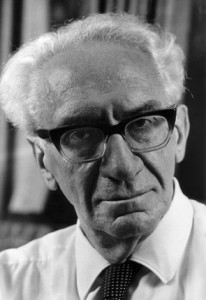